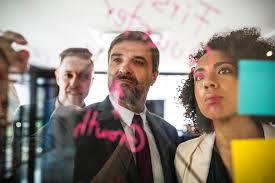 The names of the companies change but the underlying story is the same – big business is abusing society and governments and regulators do little to address it.

Governments continue to permit corporations to do things which ordinary mortals would not be permitted to do.

No individual can easily set-up a stall and sell products which are guaranteed to bring disease, disability and premature death.

Yet corporations are permitted to do exactly that through the sale of tobacco products, food containing excessive salt, sugar and fat.

Cancers, lung disease and obesity are just some of diseases manufactured in company boardrooms.

We all remember how cattle got infected from forced feeding of meat and bone meal.

That gave rise to what became known as the mad cow disease which eventually spread to humans.

Companies have falsified data about carbon emissions from vehicles and put horsemeat in food products and then proceeded to describe it as beef.

All of this is done to increase corporate profits and bigger performance related pay packet for executives.

Imagine a world in which private individuals were able to have their own heavily armed private armies, willing to topple governments through coups and wars, all for a fee.

Of course, law enforcement agencies would not permit that. Yet companies can do that. I am not referring to the East India Company which waged wars across Asia and Africa to enslave people.

Its modern counterparts, such as Blackwater make profits by providing mercenaries to topple foreign governments.

The rule of law is an important element of liberal democracies. It fosters social responsibility and stability.

Yet corporations are not always willing to accept the same. Numerous companies have failed to pay the statutory minimum wage to their employees and their well-paid executives are able to inflict hardships on workers and their families.

Section 172 of the Companies Act 2006 requires directors to have regard to the interests of the company’s employees, but directors have deliberately decided to pay excessive dividends rather than adequately address pension scheme deficits.

One study estimated that, in 2018, FTSE100 companies paid £8.2bn towards repairing their pension deficits, nearly 25 per cent less than the £10.8bn contributed in the previous accounting year.

The consequences of neglecting pension scheme deficits are real and affect the pension rights of current and past employees, as vividly demonstrated by the collapse of BHS and Carillion.

Both companies had substantial deficits and their current and past employees will lose some of their pension rights.

Most people are passionate about social justice, decent wages, healthcare, education, pension, and security for their families and friends.

This compassion is squeezed once they enter a corporation. They are rewarded for dreaming-up wheezes to increase profits, devise tax dodging schemes, launder money and commit frauds.

The anti-social impulses are celebrated by stock markets as they push companies to produce even higher profits, at almost any social cost.

In a civilised society, those profiting from death and destruction should bear the consequences of inflicting harms on others.

In everyday life, we owe a duty of care to fellow citizens. If you hurt someone you can be sued and incur personal liabilities.

Yet that principle does not apply to individuals profiting from corporate activities.

Shareholders can collect dividends from companies selling deadly products and services, but those harmed have no recourse against any individual shareholder.

Shareholder liability is limited to the extent of the value of their shares. The corporations can also disappear, leaving innocent victims to bear the cost. The concept of limited liability has promoted social irresponsibility.

Abraham Lincoln is accredited with saying: “I see, in the near future, a crisis approaching that unnerves me and causes me to tremble for the safety of my country. …… corporations have been enthroned and an era of corruption in high places will follow, and the money power of the country will endeavour to prolong its reign by working upon the prejudices of the people until all wealth is aggregated in a few hands and the Republic is destroyed”.

Those concerns remain relevant today as wealth and power are concentrated in few hands and corporate elites promote the myth that business wisdom is more valid than the public interest or citizen concerns.

Unchecked corporate power now threatens so much, including the environment, earth’s scarce resources, the future of the human race, and even the survival of the planet.

Cleaning up politics and empowering citizens remains a necessary precondition to taming the corporations. Will the UK rise to the challenge?