If Brexit goes ahead, we must seize the chance to overhaul our agricultural system. 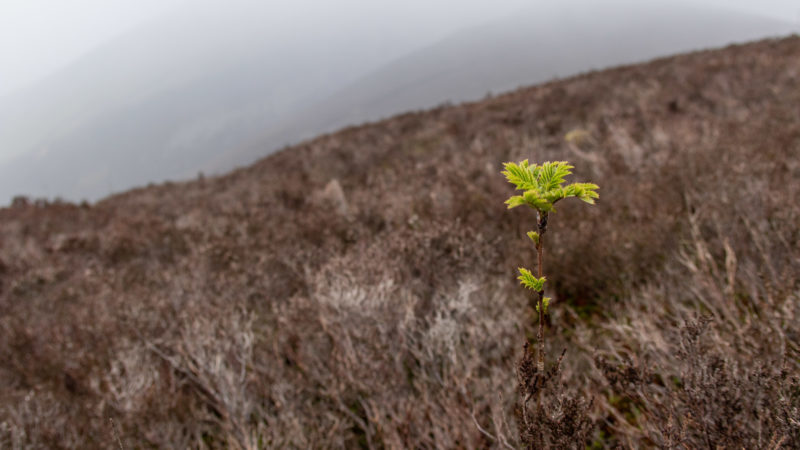 What a spring it’s been. We’ve seen the arrival of Extinction Rebellion, the BBC’s hard-hitting David Attenborough documentary on climate, Greta Thunberg’s visit and a wave of declarations of climate emergency across the UK. Something momentous seems to be happening.

The breakdown of our climate is no longer a fringe concern, but is increasingly recognised by the public as an urgent threat, to both nature and human society. The gap between our awareness of that threat and the inadequacy of our current response has become clear.

One way of tackling climate change that’s so far been overlooked is rewilding – restoring natural processes across landscapes and seas, so that nature can look after itself again.

Rewilding and other natural climate solutions can draw millions of tonnes of carbon from the atmosphere by restoring and protecting our living systems.

Evidence suggests they could provide over a third of the greenhouse gas mitigation required globally between now and 2030.

Yet so far they have attracted only 2.5% of funding for mitigation, and far too little political attention.

Over ninety thousand members of the public have now signed our petition calling on the government to make a financial and political commitment to restore nature on a massive scale to help address climate emergency – with the greatest support coming from people in rural areas.

We are calling for more public debate around how our countryside is managed in the future – how we balance farming sustainably with ensuring local people can make a viable living.

The rewilding of peatlands, heathland, native woodlands, saltmarshes, wetlands and coastal waters in the UK can all make a significant contribution to carbon sequestration. And of course there are so many other good reasons to restore nature, such as reversing the losses of biodiversity, protecting ourselves from flooding, improving water quality and increasing human health and wellbeing through reconnection with a wilder world.

Those of us who work and manage the land play a pivotal role. Any system must reward those who deliver carbon reductions as part of a mosaic of land uses that bring these benefits and sustain thriving rural communities.

Our new report outlines how a new subsidy system could, through a rewilding-based approach, financially support farmers and other landowners to increase carbon sequestration on their land, and restore damaged and degraded ecosystems.

Whatever its final shape, Brexit and the replacement of the EU Common Agricultural Policy (CAP) subsidy system provides a once-in-a-generation opportunity to promote a profound change in land use. This change has to protect our climate and support both people and wildlife to flourish.

This new system could make a substantial contribution to achieving the UK’s commitments under the Climate Change Act, as well as supporting the land use sector to meet the targets set by the NFU of net zero emissions by 2040.

To give a sense of the scale, if £1.9 billion of the £3 billion currently spent on CAP payments were allocated to supporting native woodland re-establishment, the restoration and protection of peatbogs and heaths, and species-rich grasslands over a total of 6 million hectares, this could sequester 47 million tonnes of CO2 each year. This is more than 10% of current UK greenhouse gas emissions.

This compares to the UK Government’s current commitment of £50 million to help plant new woodlands through the Woodland Carbon Guarantee and only £10 million towards peatland restoration.

Rewilding Britain is calling for the UK and devolved governments to make a bolder financial and political commitment to nature’s recovery. We are asking them to:

We propose a model of payments that values carbon sequestration and biodiversity enhancement in different restored ecosystems, particularly focused on less productive and marginal landscapes to minimise the impact on opportunity costs for food production.

This should incentivise emissions reductions whilst providing additional funds to support carbon sequestration activities in the agricultural and land use sectors.

3) Support locally-led partnerships to coordinate action across landholdings to ensure natural climate solutions are designed and brokered locally within each ecological, economic and cultural context.

Rebecca is chief executive of Rewilding Britain – a charity campaigning for the mass restoration of ecosystems in Britain.

3 Responses to “One way of stopping climate change has been ignored: ‘rewilding’ our country”