Scotland's potential for wind and forests mean it could decarbonise quickly 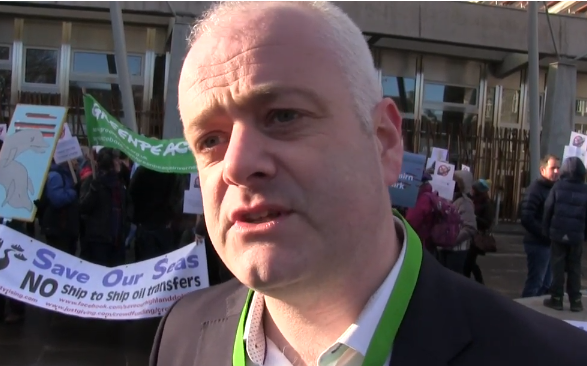 The Scottish Greens have called for the Scottish government to go beyond the recommendations of the Committee on Climate Change’s latest report.

The report says that Scotland should reach ‘net zero, where it stops contributing to climate change by 2045.

This means reducing emissions faster than the rest of the UK because, the report says, Scotland has greater potential to reduce emissions.

However, Green MSP Mark Ruskell said this was not ambitious enough.

“Greens have built the case for a net-zero carbon target for Scotland by 2040, which reflects our fair share of what is necessary to avoid the climate catastrophe as well as the huge natural economic advantages we have in areas like renewables and forestry.

“Today’s advice, which the Scottish Government will accept, is getting closer to what is necessary and sets a strong and demanding long term goal.”

“However the ‘make or break’ years in tackling the climate are between today and 2030, yet disappointingly the UK Climate Change Commission has provided scant advice on what the critical 2030 target should be.

“Unless both the UK and Scottish Governments accelerate action today then longer term targets will be out of reach. “

“I will now be moving an amendment to the Scottish Climate Bill to up the target to 80% by 2030 driving real transformative action during this critical window of transition.”

“A Green New Deal for Scotland must now be put in place that would use the regulatory and fiscal powers available to the Scottish Parliament to deliver big emission reductions and create hundreds of thousands of lasting jobs in the low carbon economy.”

“Last week the SNP and Scottish Labour voted for our proposal. We now need to make urgent progress towards delivering the deal.”

The Scottish government recently declared a ‘climate emergency’, as did the UK parliament a few days later.