The Labour NEC's decision to only back a fresh referendum in certain circumstances will alienate huge numbers of supporters. 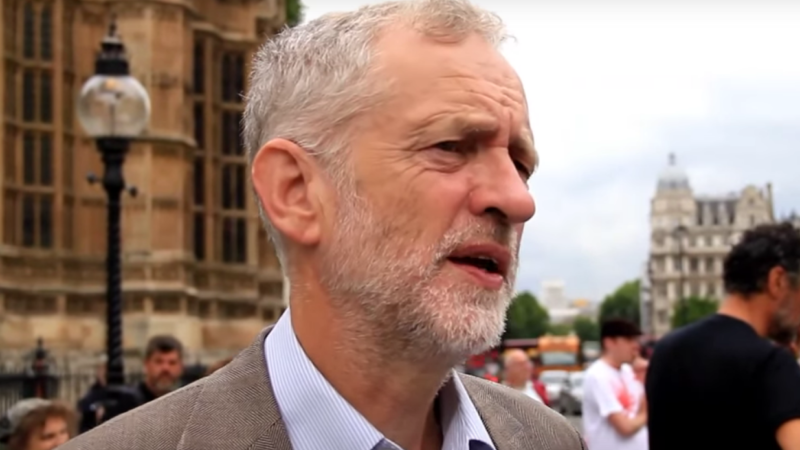 The Labour NEC’s decision on Tuesday afternoon – to only back a referendum under certain circumstances – is a staggering disappointment to Labour members like me.

Jeremy Corbyn swept into his office on promises of democratising the party. I voted for him, twice; I campaigned for him in Plymouth last year in the local elections. I want the same Britain that he wants; a democratic socialist country governed for the many, not the few.

Yet the decision on the basis of which my party is campaigning in the EU elections is not being taken by the membership; it is taken by those who claim to represent us. They actually don’t.

Take Lara McNeill, the NEC representative for Young Labour: in a blog post yesterday – posted just after she had retweeted a meme which claimed that the Communications Union’s rejection of a second referendum was “quality socialism” – how, exactly? – she made claimed that “it is clear that the electorate’s desire to honour the 2016 referendum result is hardening rather than dissipating.”

In fact, the number of those who thought the UK was wrong to vote to leave, rather than right, at close to an all time high. Remain now has a consistent lead in the polls, with the lead among those who think the decision to leave the EU being wrong having grown to as much as eight points in recent months.

And the overwhelming majority of young Labour members, voters, and activists backing a fresh referendum. Yet McNeill supplies no positive evidence for her claim. It’s not what the statistics say – and not what I hear from local party, Momentum and activist meetings.

She also claims that it is the role of the NEC to decide which parts of established policy to include in the manifesto, not “turn existing policy on its head.” Fine – but a public vote on any deal was voted for by Jeremy Corbyn and the vast majority of the front bench on April 1st. Were they making up policy then?

If we are to be a party whose policy is decided by its members – remembering that our conference motion states that the government shouldn’t be afraid to put its deal to the public – we should be holding the Labour party to the same standard.

If we can get a deal with the government that satisfies our red lines – then why should we be afraid to put that to the people?

My party must remember that any deal agreed in the talks with the government will be looked at by Boris Johnson or Dominic Raab as worth less than the paper it’s written on.

Rule number one of Labour party politics – don’t trust the Tories. They have done everything they can to hurt, undermine and punish us. Whatever deal May strikes will be ripped up by the next leader in line to the Tory throne. The Tories don’t care about workers rights, the environment or the labour values that we fight for at the ballot box, at hustings or on the doorstep.

If you forget what it’s like to lose the support of your young and active base because you believed in a broken Tory promise, I suggest you ask Nick Clegg how he felt on election night in 2015.

Backing a Kyle-Wilson amendment again in Parliament is now the best option for us.

Young people could create and make a Corbyn government – but they can also become politically homeless at the drop of a hat.

Out are the old ties of lifelong party loyalty; in is the new comparative politics, with young people fluttering every election. In order to see the inside of Number 10, Corbyn will depend on pro-referendum activists. He mustn’t forget that.

Cathleen Clarke is Mobilisation Officer at Our Future, Our Choice and is a member of Momentum.

9 Responses to “Dear Corbyn: If you fail to challenge Brexit, you will throw away your support”