"This is a deal that a nation signs only after having been defeated at war." 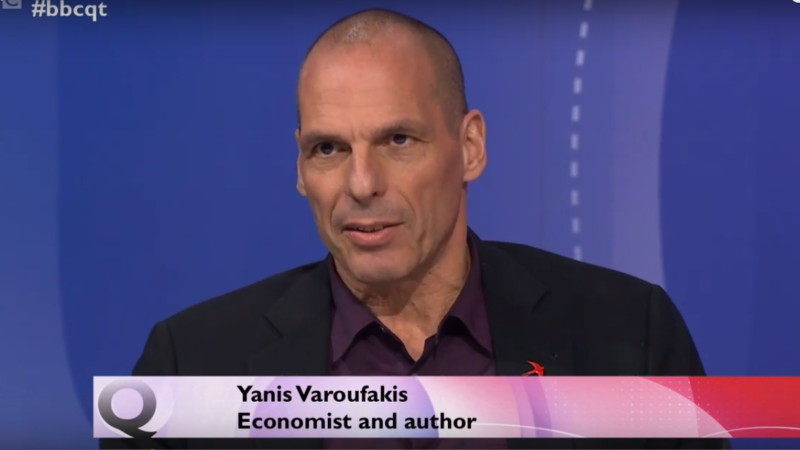 Sometimes it takes an outsider to perfectly sum up your nation’s politics.

So it was when former Greek finance minister, author and economist Yanis Varoufakis tore into Theresa May’s Brexit deal on BBC Question Time on Thursday.

Varoufakis’ argument that the EU held all the cards in the negotiation is a pertinent one: once Article 50 was triggered – making it almost certain Britain was going to Leave – May had destroyed her key negotiating card.

‘This is a deal that a nation signs only after having been defeated at war’
Economist @yanisvaroufakis criticises Theresa May on Brexit. #bbcqt pic.twitter.com/5JZCoZ5krH

Yet Leavers are already pretending that they didn’t demand Theresa May trigger Article 50 too early in 2016….

Dan Hannan says the bad decision to trigger Article 50 without a plan was not the fault of Leave campaign – Leave campaign promised process wouldn’t start without plan in place – says there wasn’t pressure from eurosceptics.

There certainly was pressure from eurosceptic press…

The re-writing of history comes as MPs prepare to vote – again – on May’s Brexit deal today, or half of it at least. MPs will are likely to crush the Withdrawal Agreement, which has been separated from the (long-term focused) Political Declaration. That was the only way Bercow was going to allow it to be voted on for a third time.