The latest school funding figures show a shortfall of £5.4 billion over the past three years. 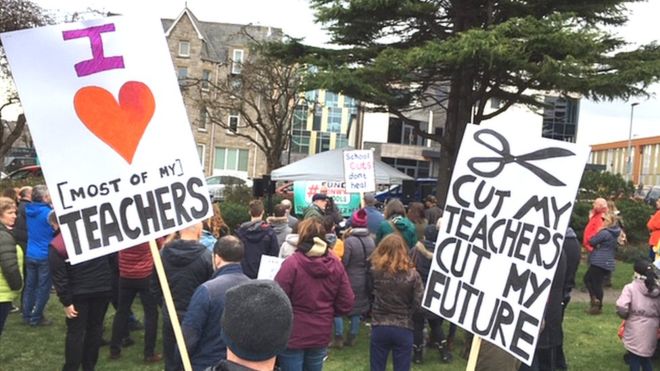 Children and young people are being short-changed by a Government that believes education can be run on a shoestring.

The School Cuts coalition analysis of the latest Government school funding figures show a shortfall in funding of £5.4 billion over the past three years with 91% of schools in England affected. This is an intolerable situation  that cannot go on.

The National Education Union has been warning for some time that education funding is in crisis.  Respected organisations such as the Education Policy Institute (EPI) and the Institute of Fiscal Studies (IFS) have confirmed the difficulties facing schools. DfE Ministers know all of this, yet are wasting their time inventing ways to try and convince the public otherwise. There will not be one MP in the land that has not heard or seen the impact serious underfunding of our schools is having in their constituency.

Already thousands of head teachers have descended on Downing Street in protest at the cuts and thousands of parents, teachers and the general public have signed petitions to get their message across. Last month a  debate at Westminster hall was triggered after a 100,000 signatures was achieved by a group of head teachers in Gateshead who launched an e-petition to increase funding for schools.

It is nothing short of scandalous that Government is refusing to recognise the impact a lack of funding is having on schools.

Teachers, head teachers, support staff, parents and MPs on all sides of the house are not fooled or impressed by the mantra of those on Theresa May’s frontbench who insist there is no crisis. The real losers here are our children and young people.  As a result of budget constraints schools are having to increase class sizes, drop subjects from the curriculum, greatly reduce SEND support, ignore building repairs, and make all manner of other cuts.

This is a  far cry from  the ‘world class’ education system that Damian Hinds and Theresa May so often speak about. The Government has to start taking school funding seriously.

There needs to be a reversal of cuts to school budgets since 2010, and for the funding of schools and Special Educational Needs and Disabilities provision to be of a level that ensures all children and young people get the education they deserve. Failure to do so will cost many children and young people the education they should expect and deserve. Parents will not forget the cuts that schools have had to make and the impact this has had on their children’s education.

4 Responses to “School cuts: The Tories are short-changing our children”