Britain is broke, and Westminster is simply not working, says Plaid Cymru's Liz Saville Roberts after May's deal is brought back for a failed third attempt. 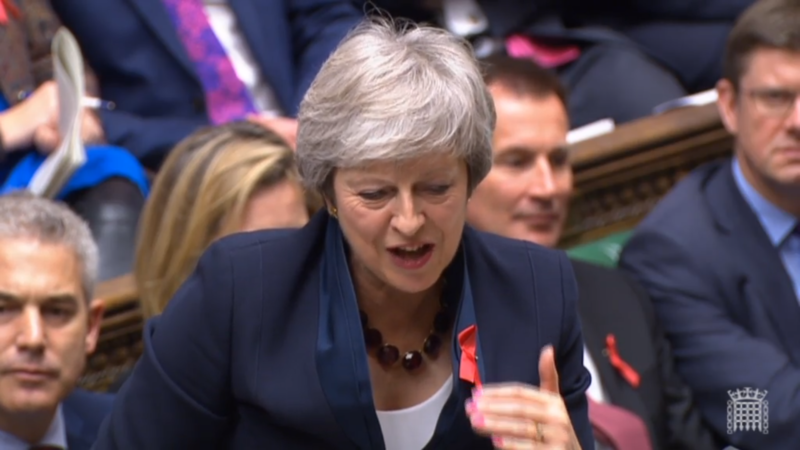 Another day, another defeat on the Government’s botched Brexit deal. We warned the Prime Minister that separating the Withdrawal Agreement and the Political Declaration would solve nothing. So here we are again.

The British state is beset with a Tory Westminster government behaving like Olympian gods, as though our constituents, many of whom have livelihoods which depend on our relationship with Europe, as though they – we – were mere pawns in their chess game.

They insist on bringing meaningful and meaningless votes after votes, knowing they produce absolutely nothing, but pretending as if they are doing something.

This is nothing more than deceit, duplicity and deception from a Government in desperation. And then the Prime Minister has the audacity to go on national television and blame us, Members of this House, for her failure, as Head of State, to govern.

We are ensnared in procedural minutiae, in twists and turns of Byzantine complexity, a six volume Gibbon’s Decline and Fall of the British empire, played out in painfully tedious slow motion in what used to be respected as the mother of parliaments.

We cannot discuss the failure of this House without turning to the benches on this side. We were so helpfully reminded this week, “Labour is not a remain party” – and don’t we know it.

If the Labour Party had done its sole job and opposed any of the disastrous moves by this government, and had not simply closed its eyes and wished upon its negotiation-free Brexit, we would now have a clear way forward and we would not be clinging on to the whims of the ERG and the DUP.

Alas, for as long as we stick to this archaic, dysfunctional Westminster system, we are stuck with Her Majesty’s Opposition as useless as Her Majesty’s Government.

If Wales leaves Europe because of Labour Members, Labour fiefdom in Wales is at an end. If Labour abandons the interests of Wales, Wales will abandon Labour.

This House, at the behest of both the Brexiteering unionist parties has so far failed to make any decisions about our future relationship with the European Union. The blame is at their door.

This was first raised weeks upon weeks ago, way back when this Government lost its first meaningful vote. If the Prime Minister had pulled her fingers out of her ears and listened to anyone other than the privileged elite of the ERG and the DUP – the elite of the Brexiteers – we could have used the last two and a half months to make some progress, decide on what the House thinks is the best way to move forward, and simply get on with it.

It cannot be said often enough: how often is the Prime Minister going to game democracy for her own purpose? How many ERGers will switch their votes and their previous principles on the most spurious of thin reasons? Will they not open their eyes and see that representative parliamentary democracy in this place has stalled?

If it’s good enough for the Tories to have multiple shots, how do they have the nerve to argue that the people are somehow unworthy of a final say referendum? Bring on a People’s Vote: our salvation in public democracy.

We are where we are because of this tin-eared, time-wasting, timorous British Government, hell-bent on putting its own interests before the interests of farmers, factory workers and families across the UK. If this is the best the Commons can cobble together, we are in serious trouble.

Britain is broke, and Westminster is simply not working. The people of Wales deserve better than this failed empire of a union. The timbers of this ship of state are rotten. We must look to Europe and to ourselves for salvation.

5 Responses to “If this is the best that Parliament can cobble together, we are in serious trouble”