We should talk more about private equity 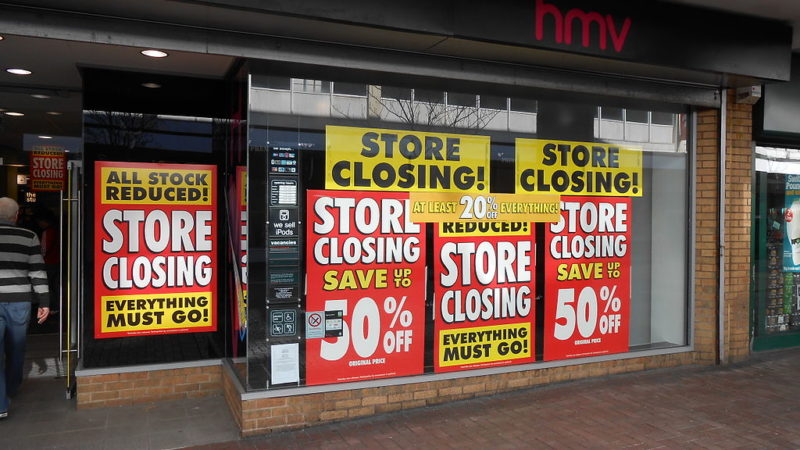 The deadline for rescuing HMV is looming. The entertainment retailer is the latest of the big brand names to hit the buffers: for the second time in six years, the company has entered administration. Around 2,400 jobs are at risk. But what’s the story behind this latest saga?”

A variety of factors have been put forward for the demise of HMV. Some have blame the internet and competition. Others have blamed austerity eroding many peoples’ purchasing power.

However, we should also be talking about the business model of vulture funds, otherwise known as private equity investors.

The fingerprints of private equity have been evident in the demise of poultry farmer Bernard Matthews, electronics retailer Maplin and Toys R Us, just to name a few.

Typically, they invest in companies not listed on recognised stock exchanges. The investment is made through complex corporate structures, with often partnerships at the apex and routed through tax havens to secure tax advantages.

Partnership accounts are not available for public scrutiny and most tax havens do not require companies to publish accounts, which makes a detailed analysis difficult.

The amount invested in the purchased entity’s equity i.e. long-term risk-capital is small.

Instead, the entity is loaded with high volume of secured debt, usually from a related party i.e. another company under the control of the owners.

Through interest charges on the debt, profits are shifted to low/no tax jurisdictions.

This reduces taxable profits in the UK, but enables the recipients of interest payments to collect the returns gross in another jurisdiction. Profits are also shifted through a variety of intragroup transactions.

HMV is part of a complex structure of companies. Its immediate parent company is HUK 39 Limited, which is controlled by ANINCO Limited, a company incorporated in the British Virgin Islands.

This in turn is owned by Hilco Trading, registered in the state of Illinois in the US. The chain of control has many other entities and a labyrinth-like structure.

In 2013, HMV was bought by Hilco and its total investment in share capital was just £1 i.e. that is all it would lose in the event of bankruptcy.

The remainder of the fluctuating capital and working capital is provided through secured loans by various related entities and PNC Business Credit. Some of the loans carried interest rate of 8% per annum.

Between 2013 and 2017, HMV reported earnings before finance cost, depreciation and intragroup expenses of £61.5 million.

Some £48 million of this is accounted for by what the company calls “non-trading intragroup expenses” i.e. services bought from other entities controlled by Hilco.

HMV states that the £48 million related to things like licensing agreements, property and management services.

The taxable profits have also been further reduced by interest charges of £10.3 million payable to various related parties and banks.

Altogether, nearly £58 million has been extracted from HMV by its owners and banks which financed the debt and operations of HMV.

HMV made its £61.5 million profits by using the social infrastructure funded by taxpayers, but has not paid a penny in UK corporation tax.

Such a state of affairs is permitted by the current laws. On tax, Hilco states: “We do not engage in planning schemes or arrangements that we consider could be perceived as being aggressive or artificial in nature”.

HMV’s most recent accounts for the year to 30 December 2017 show borrowing of £19.5 million, mostly from related parties and banks. They are likely to fully recover all of this from the sale of assets.

Around £51 million is owed to various suppliers, including £5.2 million to HMRC for PAYE and National Insurance contributions. As unsecured creditors, they are unlikely to recover anything substantial from the bankruptcy of HMV.

There has been a huge transfer of wealth from employees, taxpayers and suppliers to vulture funds controlling HMV.

The £51 million obtained from unsecured creditors enabled HMV to build its assets, which will ultimately solely benefit its shareholders and related entities, functioning as secured creditors.

Suppliers and employees have no say in electing company directors even when they bear the brunt of the risks.

Under Section 172 of the Companies Act 2006, directors are required to have regard to the consequences of their decisions for the interests of employees, suppliers, customers and the community.

Hopefully, the Insolvency Service and parliamentary committees will examine the issues, especially as a large amount of resource has been extracted from HMV through intragroup transactions.