The 'investment' model Rutland used to buy out Maplin raises serious questions about the role of private equity firms in the UK. 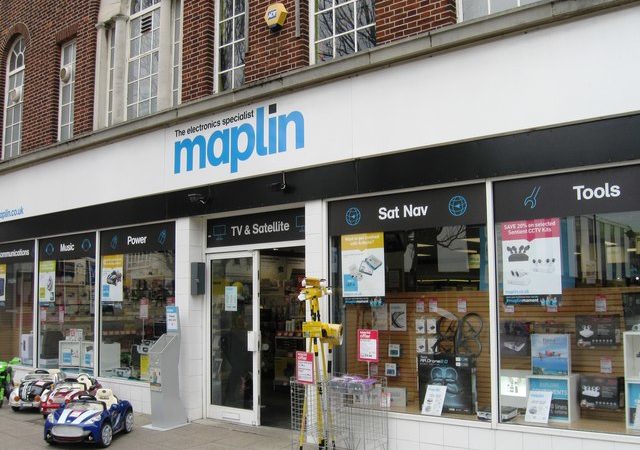 The insolvency of electronics retailer Maplin is bad news for its 2,500 UK employees and suppliers. Various reasons for the collapse have been cited, including competition, internet rivals and falling exchange rate.

In June 2014, Maplin Electronics Limited was bought for £85m by Rutland Partners, a private equity firm. The purchase and related expenses were funded by bank borrowing and a £72 million loan from the new owners, carrying a high interest rate of 15% per annum via a labyrinth of companies.

The business structure is complex but Maplin Electronics Limited became ultimately owned by Rutland Partners. Rutland trades as a limited liability partnership (LLP). The complex corporate structure gets in the way of analysis – it is the funding model which matters here.

The loans from Rutland were ‘secured’. This means that in the event of bankruptcy the shareholders – in this case Rutland in their capacity as secured creditors – get paid before unsecured creditors.

The normal order of distribution places shareholders at the end of the queue. But by funding the Maplin investment through loans rather than shares, Rutland (the shareholder) placed itself at the head of the queue for its loan repayments.

The audited accounts of Maplin’s parent company MEL Topco for the years to March 2017 and 2016 show that despite operating profits of £2.4m and £6.9m, the company reported a loss before tax of £16.1m and £11m. What turned operating profits into losses?

The answer is the company’s financial model and interest charges. For the years 2017 and 2016, the interest payable (but not paid) to Rutland was £12.1m and £10.8m. So the reported losses were created by the funding model of the company.

Maplin did not pay interest to its parent companies. Instead, the amounts are rolled over and added to the overall debt. Thus the amount of debt – in this case to Rutland – continues to grow.

If Maplin had paid dividends and they found their way to Rutland, rather than being held in any of the intermediary companies, this would in theory have augmented the taxable income of the partners in Rutland (the word ‘income’ is important here – LLP partners are taxed as individuals, and do not pay corporation tax).

That income would have been taxed at the highest marginal rate which is 45%. On the other hand, if the interest is not paid, and monies are instead recouped via the sale of the company, then partners at Rutland may claim to have made a ‘capital gain’. The gains passed to its partners may well be taxed at the (lower) rate of 20%, rather than the income tax rate of 45%. Of course, this can be contested by HMRC.

Rutland says that it tried to find a buyer for Maplin and was not successful. Maplin is now in administration.

The prospect is that its assets would be sold to repay banks and the secured loans from Rutland. But what about the unsecured creditors, which include £38.5 million due to trade suppliers and another £3m due to HMRC? They are unlikely to receive anything substantial.

The Rutland business model was already on the radar of the House of Commons Work and Pensions Committee, due to its sale and liquidation of poultry company Bernard Matthews last year.

In this case, Rutland introduced a financial model similar to the above, with the loans carrying interest rate of 20% per annum. Rutland eventually sold the assets to pay banks and Rutland – leaving unsecured creditors and the employee pension fund, which was in deficit, to carry the losses.

Rutland had a choice: it could have ensured a new buyer took on the liabilities for the amounts owed to suppliers and the pension scheme (and sold it at a lower amount). Or it could dump the liabilities and collect the highest possible amount for itself.

The PR spin was that this was the best deal that Rutland could secure for an ailing business. However, Bernard Matthews’ buyer Boparan Private Office (BPO) wrote to the Committee to say:

“Boparan made an offer to buy the whole share capital of Bernard Matthews (which included all assets & liabilities including pension liabilities), but this offer was rejected by the owner Rutland Partners.

“The offer was sufficient to repay the bank (first charge) and by acquiring the share capital, Boparan would have taken on the Pension Liability, but Rutland Partners would not have received full repayment of their loan notes and interest and we assume this latter point is why the offer was rejected”.

And so, there we have it. The business model of private equity is about stripping assets and looking after itself – while walking off with juicy loan repayments. The fate of Maplin’s current creditor is unlikely to be different.

2 Responses to “Revealed: How a private equity takeover contributed to Maplin’s demise”