Extinction Rebellion activists will be protesting outside broadcasting sites in London, Manchester and Birmingham. 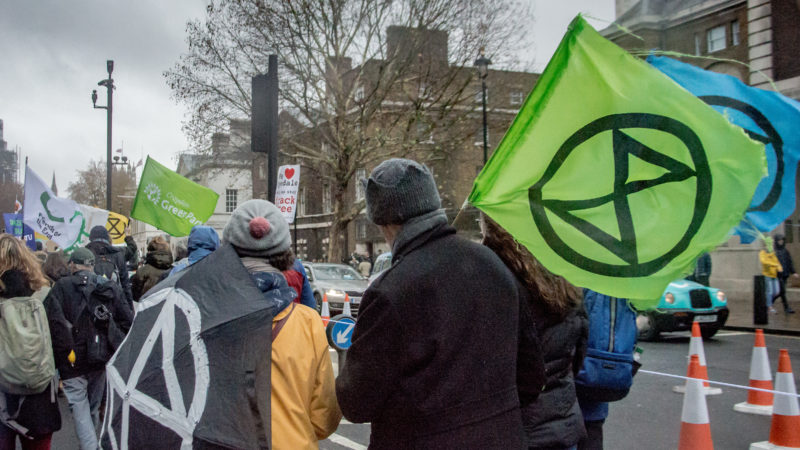 Climate campaigners will be canvassing at BBC sites from London to Truro demanding the public broadcaster declares a “Climate and Ecological Emergency”.

Activists with Extinction Rebellion plan to peacefully protest at seven BBC studios in Britain, as part of their campaign to raise awareness of the climate crisis.

Protests in London, Manchester and Sheffield had been announced earlier this month, but the action has now expanded to Cambridge, Birmingham, Glasgow and Truro. A picket is also planned for the BBC studios in Berlin.

“Now more than at any time in its history, we need the BBC to honour its founding value to be ‘independent, impartial and honest’; we’re facing a potentially existential threat to both our nation and our species, but the BBC’s coverage is nowhere close to reflecting this.

“We’re sure that many of those working within the BBC agree with us on this, and that many more are willing to listen – so we’re coming on Friday with music and noise not as antagonists, but as friends looking to implore this organisation to shift its policy and play a vital role in facing up to the ecological crisis.”

Protesters demands are also part of an 8-point plan published in the Guardian newspaper last weekend.

1. The director general, Tony Hall, agree to a meeting with a delegation from Extinction Rebellion to discuss how the BBC can tell the full truth on the climate and ecological emergency

2. The BBC declares a climate and ecological emergency.

3. The BBC places the climate emergency as its top editorial and corporate priority by adoption of a climate emergency strategic plan, at the level of urgency placed on informing the public about the second world war.

4. The BBC to divest all pension funds, investments and bank accounts from fossil fuel corporations and their bankers.

5. The BBC, its subsidiaries and its supply chain to agree to be zero-carbon by 2025.

6. The BBC to publish an annual eco-audit of all BBC operations, including summary of key ecological and carbon data.

7. The BBC to take a lead on encouraging other national and global media corporations to join the global efforts to save humanity/nature from existential crises.

8. The BBC to only allow think tank spokespersons on air to discuss the climate emergency whose funding is fully transparent.

Extinction Rebellion have been organising days of action since October, in a bid to push government and some of Britain’s largest corporations to adopt climate-action policies.