We could turn our country from one of the most unequal in Europe to one that offers decent pay and quality jobs. 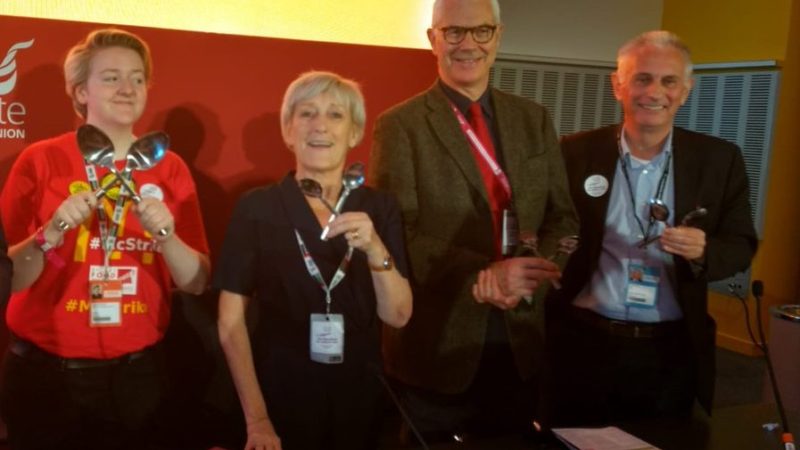 The past couple of weeks has seen ‘gig’ workers and people on zero-hours contracts take a stand against low pay and insecure jobs, with strikes held from Brighton to Glasgow among staff at TGI Friday’s, McDonald’s, Wetherspoons, Uber and Deliveroo.

Joining the picket line at Leicester Square, Shadow Chancellor John McDonnell promised to meet the needs of the strikers through employment law reforms, such as rolling out sectoral collective bargaining, establishing a Ministry of Labour, and improving workers’ access to trade unions.

Opponents of these ideas react as if they are radical. They have claimed that providing precarious workers with stronger rights will make the economy less ‘flexible’ to business.

On both accounts, they are wrong. It is our current system – one that leaves workers uniquely vulnerable – that is unusual. Labour’s proposals would simply bring the UK up to the basic standards of most other developed economies.

McDonnell’s recommendations are based on those put forth in our new report Rolling out the Manifesto for Labour Law, which was authored by 26 of the country’s leading academics and labour lawyers. Among the ideas adopted from our Manifesto by the Labour Party was one to scrap the UK’s three-tiered employment status, which currently divides the workforce into ’employees’, ‘workers’ and the self-employed. Abolishing this framework is vital to protecting McStrikers and others in similar jobs.

Currently, those classed as ‘workers’ – a status less than ’employees’ – have access to only a handful of rights like holiday pay. By using the ‘worker’ classification companies like Sports Direct can limit toilet breaks and fire their staff for getting ill.

People who are self-employed have no workers’ rights at all. This is fine for those genuinely in business on their own account (like the independent shopkeeper) but has been exploited by companies like Uber, who try to misclassify their workers as self-employed to deny them rights entirely.

We propose a single status with equal rights for everyone at work from day one. The only exception would be for those genuinely running a business on their own account. By doing so, we can put an end to these forms of exploitation once and for all.

And there is nothing radical about this proposition. The vast majority of legal systems, including those of most developed economies, have a two-tier system just like the one we propose.

While some countries do have workers in a ‘third’ category, it would be extremely misleading to compare them to the millions of people in the UK trapped in ‘worker’ roles. Why? Because those ‘third’ categories are embedded in a totally different system of labour law that offers better protections to workers all round.

Take, for example, collective bargaining coverage. Sectoral collective bargaining – a central feature of our proposals – is the dominant form of industrial relations across Europe. It describes the process whereby representatives of workers and employers meet to negotiate and set minimum wages and conditions across entire sectors of industry. Under such agreements, every worker doing the same job, at the same level, is paid at least the same rate as their peers, regardless of who they are employed by or what their employment status is. In simple terms, this means workers are paid for the work they do, not which category their employer has pushed them into.

On average, across the EU, over 60% of the workforce are covered by collective agreements like these – negotiated either at sectoral level or with individual companies, or both – rising to more than 80% in some of the strongest economies like Sweden and Norway. In the UK, it is less than 26% – so most workers have no ability to negotiate and are instead forced to take or leave whatever their employer offers them.

A government department for labour that represents workers’ needs in government is another staple of most other developed economies. The UK used to have one too, but it was slashed by Thatcher’s administration. Re-establishing a Ministry of Labour is another way we can rise to the standards of our international peers.

Most other countries have independent labour Inspectors to enforce their labour laws. Not the UK. It’s hardly surprising, then, that one-third of claimants successful at tribunal never receive their compensation. It’s simply too easy to break the law. We propose a Labour Inspectorate to enforce compliance, compensation covering the losses victims have suffered, and tougher penalties including criminal sanctions for the worst offenders. Where did we get these ideas? By looking at what already works across the world.

As for flexibility, accountancy giant PwC recently proved that you don’t need to sacrifice your rights to fit your work around your life by allowing prospective candidates to choose their own hours without being treated as second-class ‘workers’. This is a matter of employer choice; nothing about our proposals prevents other employers from choosing it.

The government is expected to adopt Taylor’s proposals, which leave the UK’s labour system largely unchanged. Ours could turn the country from one of the most unequal in Europe to one that offers decent pay and quality jobs.

John Hendy QC is Chair of the Institute of Employment Rights (IER) and a Barrister at Old Square Chambers; Keith Ewing is President of the IER and a Professor of Public Law at Kings’ College London; Carolyn Jones is Director of the IER.