"The app is the picket line," say the IWGB union. 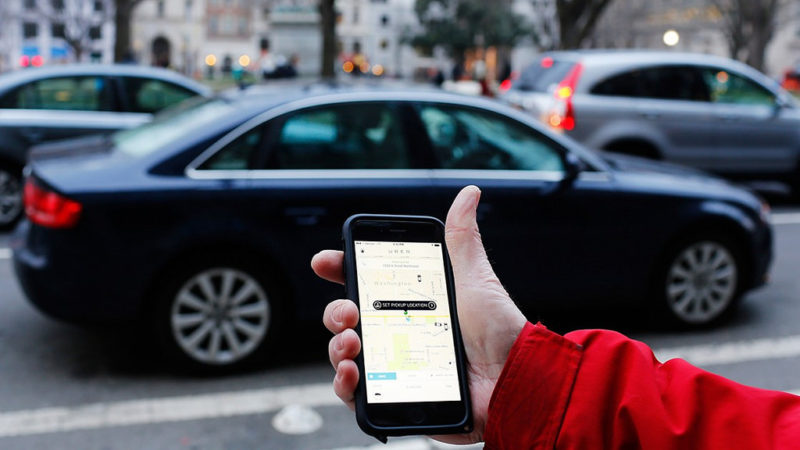 The Independent Workers of Great Britain union has called a 24 hour strike of Uber drivers in London, Birmingham and Nottingham from 1pm on Tuesday.

Demonstrations are planned for 1pm at Uber’s offices in each of the cities, with drivers demanding an increase in fares, an end to ‘unfair deactivations’ of drivers, and that Uber respect recent rulings on worker rights.

It follows thousands of workers taking part in international hospitality sector strikes last Thursday, including in cities across the UK.

He said one of the key issues was ‘unfair deactivations’ (dismissing drivers by suspending/banning them from the app):

“At Uber’s licensing appeal hearing in June when it got its licence back, the issue was safeguarding [passengers]. Uber said on the stand that ‘no driver would get the benefit of the doubt’ from now on. By goodness that’s become true in spades.

“If there’s any complaint at all now they’re suspended – for two or three weeks. This can be before the drivers knows about it and before a meeting with a manager. They’ll then either be finally terminated or reactivated with a warning.”

The IWGB are receiving several reports a day of unfair suspensions:

“There’s no employment contract and no process – you can be fired without being told you’ve been fired. Uber really don’t want to enter a discussion/process about it,” Farrar says.

Under the law, if any minicab company dismisses a driver in London, they are automatically reported to Transport for London for an interview to assess whether they are ‘fit and proper’.

But dismissals can come from simply cancelling ‘a few’ job in central London zones 1 or 2: “You can quickly find yourself suspended for that…you might have lost the weekend’s pay. It has become a highly competitive market.”

The union says Uber reduced fares while increasing the commission the company took from drivers (from 20%) a couple of years ago – ‘a double whammy’:

“Uber takes 25% [commission] at the moment – in a market with so little overheads that’s far too high on low fares.”

The union are campaigning for worker status for Uber drivers and are fighting for this in court.

Uber drivers in the IWGB union are demanding:

The IWGB is appealing for public support for striking drivers and asking customers to not cross the digital picket line by using the app during the strike:

We’ve called a 24 hour Uber driver strike from 1pm October 9th. The app is the picket line so we’re asking passengers and customers to not cross it by using it. #Ustrike

Supporters are invited to join protests outside Uber’s offices in London, Birmingham and Nottingham.

A spokesperson for the IWGB said:

“The strike will combine the IWGB’s efforts to secure private hire drivers rights as limb (b) workers through the courts, with ongoing cases against Uber, Green Tomato Cars and A2B Cars, as well as building on previous protests against London transport regulator Transport for London.”

“There’s great excitement. We’re able to field this across three cities. It’s viral…We’re asking customers to step up here and stay off the app in solidarity.

“You can’t be penalised for not logging on – we’re not employees so we’re perfectly entitled to withhold our labour.

“This is one battle in a long war. We’ll be back. We hope this one will be a success – and the one after an even bigger success.”

No date for further action has yet been set. The IWGB and co-claimants Yaseen Aslam and James Farrar will be facing Uber at the Court of Appeal on 30 and 31 October on the landmark employment rights case. There will be a rally on the 30th.

Farrar and Aslam are being represented by solicitors Bates Wells Braithwaite and barristers Jason Galbraith-Marten QC and Sheryn Omeri from Cloisters.

One Response to “What Uber drivers are striking for this week”