As calls for a new Anti Fascist League get increasingly popular, Trevor Fisher argues that defeating Brexit is central to beat the far right in Britain. 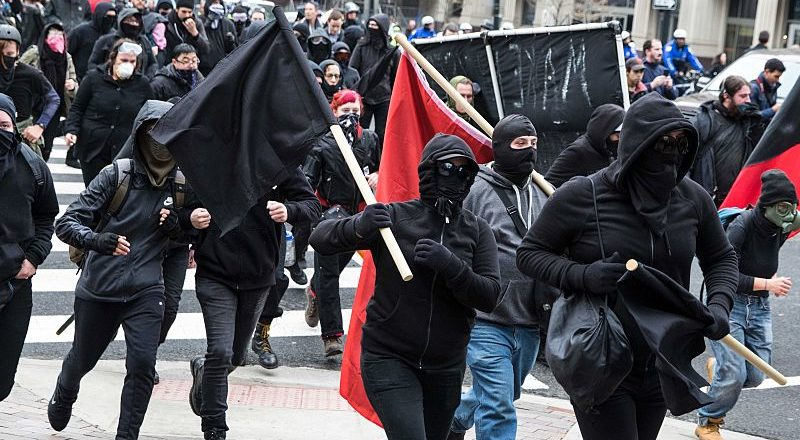 Given the revival of the far right, John McDonnell and others have suggested that the Anti Nazi League (ANL) of three decades ago should be revived.

It’s an idea worth considering, as the threat is real and the ANL was very successful in its day. History could repeat itself, but it rarely is just a re-run and reviving an old organisation is only one possibility.

While racism and fascism have always been part of the national culture, and campaigning against them has always been ongoing, Naziism is a far worse danger.

The ANL was formed to fight a specific problem, the National Front (NF) – which was self defined as Nazi and their founders boasted that they were “building a well oiled Nazi machine”. The challenge was met and defeated, and the ANL closed down, while the racist and fascist movement carried on.

It is more than a discussion point whether we are now facing another Nazi revival. It seems likely but it is not clearly on the agenda. Unlike the NF, the current far right are unlikely to make the mistake of admitting to being Nazis.

The major legacy of the ANL may be lessons on how to build a broad campaign.

As was said by veterans Peter Hain, Paul Holborow and Weyman Bennett in the Guardian on 24th August:

“The base of the movement was relentless campaigning in communities and workplaces as well as confronting Nazi marches and demonstrating against racism. Housing estates and workplaces were leafletted, teachers, car workers, civil servants, miners, dockers, schoolkids, the LGBT community, vegetarians and many more formed their own groups against the Nazis (there was even Skateboarders against the Nazis)… We need a similar combination of political and cultural activity today.”

These are good points.

However the political challenge is not the same as it was when the NF was the target, and defeating Brexit has to be central. A campaign which wants, rightly, to be part of a European movement cannot accept Britain leaving the EU.

As Labour is ambiguous on the central challenge of our time, the situation is not good.

It was worrying to hear Barry Gardiner arguing that we must not reverse the 2016 referendum result because it would lead to social unrest. So our democracy is now to be determined by fear of anti-democrats creating disruption?

This is dangerously close to giving a veto on democracy to those who can create trouble.

While there are very few Brexiteers who are fascists or nazis, those who are will use violence and disruption if they feel they can get away with it. It is not an acceptable argument that democracy can be altered to cater for the violent and disruptive.

There have been two EU referendums and after the first the anti Europeans continued to campaign to reverse the decision, which was their right. But they did not indulge in disruption. Nor did the Remain campaign after 2016 seek to undermine the democratic process by “social unrest”.

If the Brexiteers are allowed to stop the legal, constitutional and democratic process of seeking to reverse the 2016 vote, no one should expect the extreme anti-Brexiteers would become constitutionalists.

Once allow them to stop the democratic process, and the door is opened to further disruption and will be forced further and further open by the disrupters.

The line has to be held that decisions are made by the ballot box, not social unrest. There can be no retreat from democratic procedures because of fear of intimidation and no concessions can be made to social – or more likely – political unrest.

The far right is now a major threat challenging democracy and progress, and the battle over Brexit is the first of many battles which will have to be fought and won through the ballot box.

Trevor Fisher is a contributor to Left Foot Forward