As the far right rear their ugly head again, the band that called Theresa May a 'LiarLiar' tell LFF it's time for left-wing music to get organised. 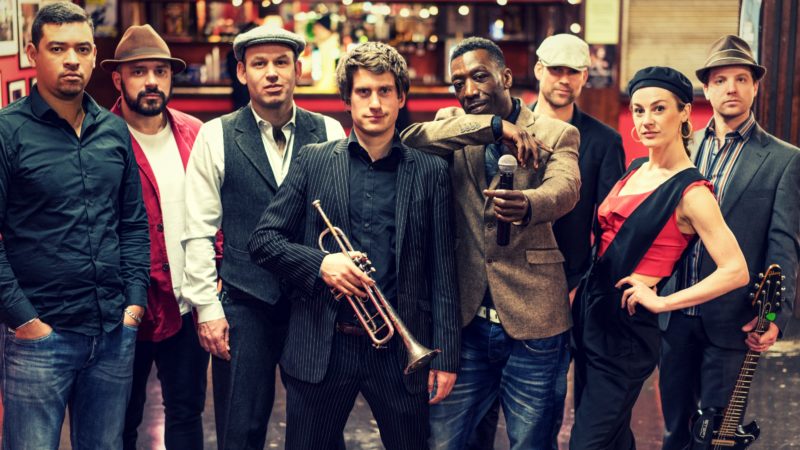 From the late 1970s to the dawn of the 1990s, political music was a powerful and popular force. The punk, ska and rock scenes confronted the rise of groups like the National Front with huge rallies and concerts – drawing, at times, tens of thousands to raise funds for anti-fascist activism.

The movement that steered these events – the Anti-Nazi League’s Rock Against Racism – showed the far right they could not go unchallenged. On the streets, on the airwaves and across the cultural spectrum, there were messages of unity over division. It’s pretty hard to argue that message is not needed again today.

Earlier this month, John McDonnell put out a bold call for a member of the Privy Council: to create a new, mass cultural movement against the far right.

It’s easy to believe there is no political music today, bar the staunch legend of the scene, Billy Bragg. But last May, during the General Election, a song hit number one in the iTunes charts: ‘LiarLiar’ by Captain SKA. It was reportedly ‘banned’ by the BBC due to impartiality guidelines – something which only seemed to helped its rise.

This was an anti-austerity anthem first launched back in 2010, during the student protests against the tripling of tuition fees. Captain SKA decided to do a relaunch during last year’s snap election. And it caught the popular mood.

I spoke to frontman Jake Painter (pictured, centre), who told me the group were ‘frustrated’ with a total lack of political content in music: “2010 saw the start of big cuts to our welfare state – but no one was talking about it [in songs],” he said.

It was the People’s Assembly Against Austerity that go LiarLiar off the ground – doing the press, promotion, and the launch gig.

And the relaunch of the song last year put Captain SKA firmly on the musical map. They played at this year’s Boomtown festival – to a full crowd despite the rain.

Some of the group are activists with other jobs, and some are progressive musicians who do other musical work. With no label behind them, they now work closely with campaign organisations: “We kick an idea around, get a campaign group on board.”

Painter notes this is a positive shift – they don’t need a label to get music out there:

“Campaign groups act like record companies now…The need for a major label is diminishing – these campaigns have amazing social networks.”

Yet Painter tells me the lack of steady platforms for their music is a problem:

“There’s always been a real difficulty placing political music – festivals, venues, promoters. But there’s such an appetite for it.

“The reason LiarLiar did so well” – it’s not his finest composition, he jokes – “is there was literally nothing else…people are very scared of alienating audiences.”

The band are now finding themselves programmed on more and more high profile events. What is the appeal?

“Music is so powerful and effective as a form of media. Everyone has a song that’s important to them. I was struck by LiarLiar when we re-released it – the number of messages saying ‘I’m not political but…’

“We are deliberately on message – it is agit pop.”

I ask what hope there is for a new ‘Rock Against Racism’ today: “A few years ago we were involved in discussions to get bunch of unions to start ‘Beatback’ – a lefty record label and festival, similar to what they have in Spain and Belgium, but not in the UK,” Painter tells me.

While the project stalled, there may be hope for another attempt. From LabourLive to gigs by the People’s Assembly and Momentum, more left-wing groups are starting to involve music.

“There does need to be something…Rock Against Racism was very effective. There’s a lot of political music going on but it’s not mainstream. We’re not talking top 40: that’s the essence of the problem.”

It’s now 40 years since The Clash played Victoria Park for a huge Rock Against Racism gig – attracting nearly 100,000 people. And the far right are organising again, in growing numbers across the UK and Europe.

The power of music should’t be underestimated. It’s time to get hope back on the radio.

And hey, let’s have a laugh while we’re doing it: