There can be no such thing as 'business as usual' when it comes to climate change. 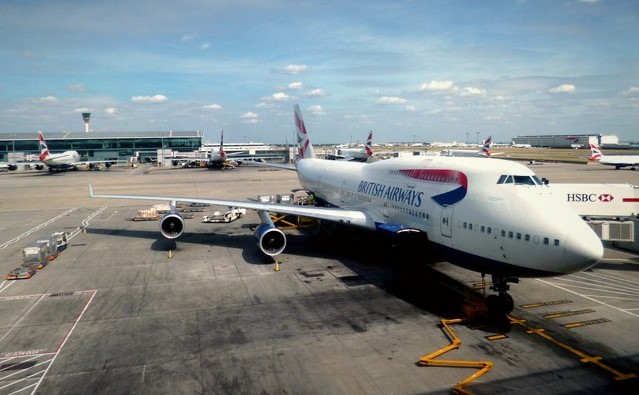 Pic: After the Heathrow vote, let’s hone in on the major polluters, says Tim Root

Bill McKibben, founder of campaign group 350.org, recently wrote that we have made little progress in our ‘race against time’ on climate change. Climate activists need to start thinking bold.

While the survival of all is at stake, most of those who will suffer worst and soonest due to climate change are poor. We only have a few years to cut emissions enough to keep the temperature rise below 2°C. We must make progress before increasingly frequent negative climate news spreads defeatism.

The environmental movement can generate strong opposition to new pipelines and other fossil fuel expansion. Many cities and regions are reducing emissions, albeit with limited resources and powers. But we also urgently need to make major inroads into existing emissions.

Progress by business is far too slow. Deployment of renewable energy must be accelerated six-fold to meet climate goals. As S & P Global pointed out, the much-trumpeted green bonds ‘represent a tiny proportion of bank borrowings’. While in response partly to campaigners’ pressure thirteen European banks have stopped direct funding of coal power plants, too many banks continue to do so.

In addition, most governments are still not on track towards meeting their Paris Agreement commitments – most of which are inadequate. People have little confidence in governments reducing climate change, and therefore are more likely to take business-aimed campaign actions.

A comprehensive study of activism concluded that “participation hinges on beliefs that activism…can succeed, and that one’s participation will increase the likelihood of success”. Therefore we urgently need tactics which will arouse hope and inspire the involvement of many more people.

Demanding emissions cuts by big business could inspire this involvement, as people understand that business can change soon when required, needing to compete for profits and investor confidence. Researchers calculated that if just twenty-seven (specific) big companies achieved the average carbon intensity in their industries, they could cut annual emissions by nearly as much as Japan’s total emissions.

One hundred and ninety Fortune 500 companies are already collectively generating $3.7bn in annual energy savings, with emission reductions equivalent to taking forty-five coal-fired power plants offline every year. The economics makes it feasible for us to push selected susceptible large companies to take the very cost-effective but “massively underutilized” measures to cut emissions substantially, or use more renewables, soon.

Eminent researcher Ed Maibach stated “people who are concerned about climate change are much more likely to express their concern through their purchases as a consumer…[than] to engage politically as citizens.” Market research consistently shows that “a majority of consumers want to take action to protect the environment and are keen to buy goods that are less harmful to it.”

The proposed campaign aims for a comprehensive impact, showing all large companies that we have enough supporters worldwide to deflate the profits of any company we select. Targeting a few companies initially in each nation would show the targets’ competitors that they could be targeted next – and that instead they could gain a competitive advantage by becoming greener themselves.

Successful campaigns of the type proposed include Greenpeace getting HSBC to adopt a No Deforestation policy regarding palm oil companies in which they invest, and Greenpeace’s 2010 campaign which led to Facebook drastically reducing its use of coal-generated electricity, and transitioning to renewables. The proposed campaign should be run by a coalition of respected organisations.

In addition, we need to learn from the movements described in Engler & Engler’s excellent book This is an Uprising. These movements succeeded in getting powerful publicity by dramatizing the moral issue involved, disrupting their targets’ business as usual, and highlighting activists’ commitment, thus inspiring more support.

From that, we escalate – so each action builds on earlier actions to increase momentum and public interest.

Tim Root is co-ordinator of Muswell Hill & Hornsey Friends of the Earth and writes about climate campaigning.