Speaking to Left Foot Forward, the former chief drugs adviser restates his call for cannabis to be legalised - and suggests he could come back into the fold. 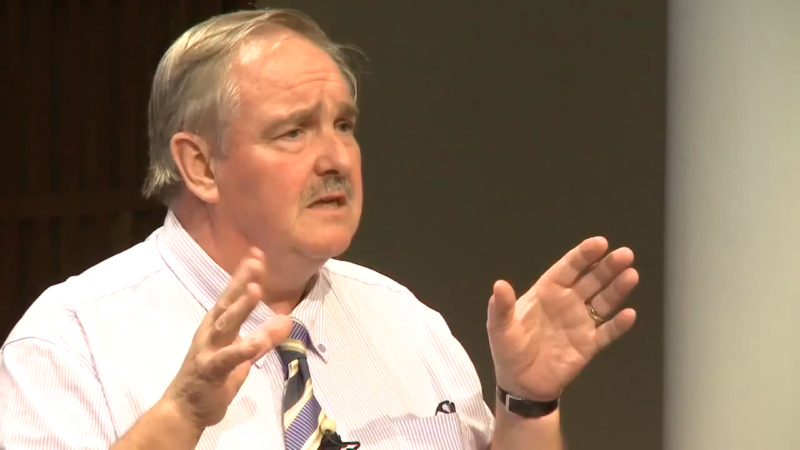 In 2009, the Brown government’s chief adviser on drugs policy, Professor David Nutt, gave a speech to a university that raised eyebrows in Whitehall.

It came at the end of a year which had seen cannabis – in a flurry to please conservative newspapers – upgraded from a Class C drug to Class B.

In the speech, Professor Nutt laid out some awkward facts about cannabis – pointing out that it causes less harm than alcohol.

It was picked up online and widely shared. A few days later, he received an email from then Home Secretary Alan Johnson – calling for him to stand down as chair of the Advisory Council on the Misuse of Drugs. He refused, and was subsequently sacked.

What then ensued was an almighty row about evidence-based policy – or the lack thereof – when it comes to drugs in the UK. This week, that debate is back in the limelight.

Professor Nutt is probably Britain’s most well-known thinker when it comes to drugs policy. Earlier this year he led the Liberal Democrats’ review of drug legislation, which led the party to call for a ‘regulated market’ in cannabis.

Left Foot Forward spoke to him about Britain’s drugs laws.

It follows the Home Office seizing cannabis oil from Billy Caldwell – a boy with epilepsy who uses it to control his seizures. The ensuing uproar has led to Sajid Javid launching a review into medicinal cannabis.

I asked Professor David Nutt – who now helps run the organisation DrugScience – if he backed Charlotte Caldwell and other parents in her situation. “Of course I do,” he says. Billy ‘would be dead if [his mother] didn’t break the law’.

“She made the law look absolutely ridiculous. And that’s why she won.”

Yet the current law is based on almost ‘religious belief’ about cannabis – making for ‘very bad law’, Prof Nutt claims.

Instead, we are witnessing “a revolution in patients directing treatments – it’s the parents who are changing medical practice. The doctors will never do it because they are far too part of the establishment. Except people like me who’ve been sacked…”

He points to examples across the world of policy changing: “The German government last year approved 57 separate applications for cannabis medicine, in conditions that haven’t responded to other treatments…and insisted German health insurers must reimburse.

But the problem isn’t just confined to medical cannabis use. Does he still back full legalisation? “Totally.”

“There’d be significantly less harm from alcohol – in US states, people have a choice [between the two], so alcohol deaths are going down…a lot of people would prefer to be stoned than drunk,” he says.

“The big harms at present are driven by skunk – a regulated market would reduce skunk.”

But there are powerful voices resisting the move towards legalisation. ”There’s big resistance” he says. When Chief Medical Officer Sally Davis starts her review, she will have to apply a ‘completely inappropriate model’ for collecting evidence: huge multi-centre trials that will be too expensive to fund.

Prof Nutt claims the pharma companies will never do it: “It’s a scam by the anti-cannabis people to delay decision making…There will never be those multi centre trials…There is no profit in it.”

It’s a chicken or egg problem – calls for huge studies but no funding for it. At any rate, “it will be 10 years [before we get results] – another 100 kids will be dead.

“We have to guard against a purist view.” There are ‘huge amounts of evidence’ for legalisation, he says.

Why is there such resistance from the industry?

“The pharma industry sees [cannabis] as competition – it will reduce the use of opioids. The anti-cannabis campaign will dig in their heels as hard as possible and keep saying ‘there’s no evidence’.

I ask Prof Nutt if, despite concerns, he welcomed Javid’s announcement of a review into medical cannabis use.

“There was a review by the Royal College of Physicians, and in the 2000s by the House of Lords which was brilliant and still relevant. We don’t need another review.”

He’s concerned that “it’s just a way of postponing decision making for another few years. Just get on and do it.”

He points to a new study showing magic mushrooms have huge therapeutic potential, potentially ‘revolutionising’ the treatment of depression.

Prof Nutt and colleagues will soon start the first UK study into MDMA surrounding the treatment of alcohol abuse. There is significant anecdotal evidence that MDMA can help treat those who drink to ‘drown out’ trauma. But MDMA is currently a ‘Schedule 1’ drug – meaning no medical use is currently permitted.

The difficulty in getting permission to research these issues raises a bizarre contradiction: doctors can prescribe heroin (diamorphine) – but not, for example, cannabis or mushrooms.

His comments come after the Police Federation unanimously stated that the UK’s current drugs laws are not working, while a coalition of world-leading clinicians and academics is urging the government to change their policies.

“The police must hate it – arresting people for smoking a spliff is not what they want to do.

“What we have now is equivalent of the gin epidemic: cheap, powerful gin. We’ve got to get back to the old days of ‘beer’ – much less dangerous/toxic. If people were using hash instead of skunk, we’d have a lot less psychosis.”

This week, Shadow Home Secretary Diane Abbott announced that Labour would legalise medicinal cannabis use. But could they go further?

“I would dearly love if Labour were to say they’ll have proper review of drug policy.”

And what if Labour invited him back?

“Even if Alan Johnson invited me back, I’d come back” for a Labour policy review, he says.

“That was the saddest thing, as a socialist all my life to be sacked by Labour. But they weren’t Labour, they were new Tory really!”

If the Conservatives or Labour want to talk to someone about fixing the UK’s drugs laws, they could welcome Professor Nutt back into the fold.

How about starting with Labour?

“If you want me to talk at Labour party conference I’d be happy to,” he says.

Perhaps he should expect a call from the leader’s office…

One Response to “Interview with Professor David Nutt: People will die unless medical cannabis is legalised”