The women’s strike is a devastatingly simple concept. And a vital one, too. 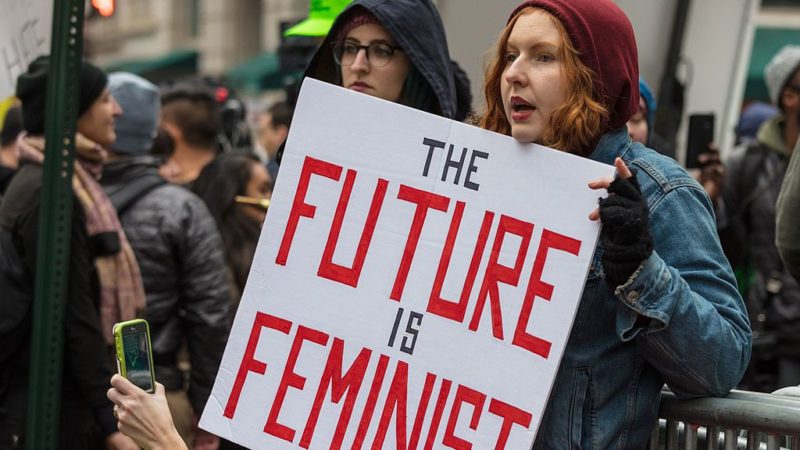 We are on strike because for the majority of women, here in the UK and across the world, our conditions of life and labour have reached breaking point.

Our wages are so low we can barely afford the rent, our food bills have gone through the roof, the cost of childcare makes working seem like a mugs game. We are sexually harassed at work and on the street, and the frequency of gendered violence is so high that it is more a case of when, not if, we are raped, hit or abused.

The Women’s Strike of course isn’t new. It’s been used as a tactic by feminist movements for a long time. The history of strikes is really a history of women on strike – from women garment workers in Manhattan in 1908 to striking Ford workers bringing about the Equal Pay Act in 1970. In Iceland in 1975, ninety per cent of women refused to cook, clean and care – and it changed Icelandic gender politics forever.

The Women’s Strike is not a traditional industrial strike. Because women’s work crosses so many boundaries of work that is waged and work that we do (or are expected to do) for free. As women, we are still expected to do the vast majority of cooking, cleaning and caring in the world. The Women’s Strike takes all the individual arguments and disagreements that women have with their partners and husbands – about who should be doing the housework, childcare or looking after older relatives – and turns those arguments into a public form of action.

In the world of waged work it is overwhelmingly women who are teachers, nurses, nannies, cleaners, child-care workers and secretaries. Because these jobs are considered ‘women’s work’ they are often devalued and paid shockingly low wages.

When women strike, from both our waged and unwaged work, what becomes visible is that gender and race structure who does what work, as well as how different types of work get valued and also devalued.

The Women’s Strike is about exposing the problems with the political and economic compromises that women have been forced to make in the last forty years. One of the reasons that reproductive labour is in crisis is the increased participation of women in the paid workforce. These dramatic changes in women’s labour market participation, however, have not seen a corresponding shift in how reproductive work is organised. The crisis in reproductive labour  results from women not having the time (we are working more than ever) or the resources (unless we are ‘lucky enough’ or can afford to outsource this work to other women) to care for those who can not work.

The end result: Reproductive work remains ‘women’s work’ and is some of the lowest paid work.

In this way, the Women’s Strike transforms the concept of that strike and makes women’s waged and unwaged work visible. It shines a light on the fact that our work is essential for life, yet remains devalued by an economic and political system that is built on women’s oppression and exploitation.

The reason we are on strike – and the reason we will go on strike again – is because we intend to transform not only how women’s work is organised and valued, but also dismantle the capitalist system that benefits from our oppression. The Women’s Strike is about recognising the power we possess, creating and nurturing resistance.

We are more than “telling our stories” and we are more than hashtags. We have the power to disrupt, to dismantle and to rebel. We will strike and we will win.

Camille Barbagallo is one of the organisers of Women’s Strike 2018, which will see women withdrawing their labour in cities all across Britain.