Precarious employment means women are less empowered to fight back against sexual harassment. This needs to change. 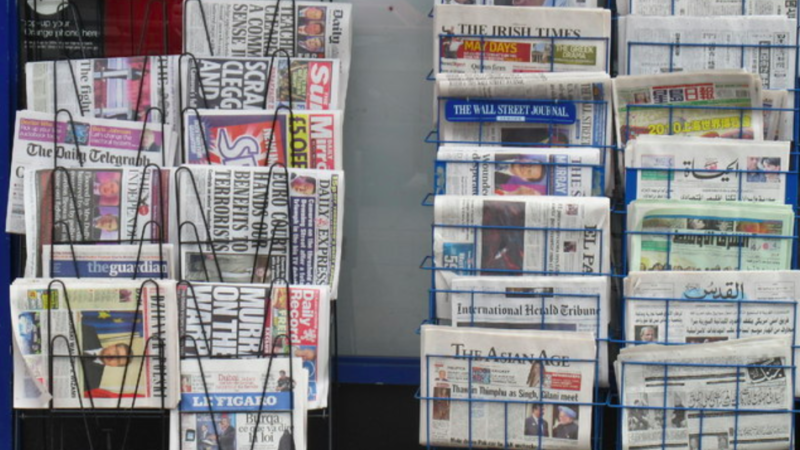 As various political fights, Brexit-related nightmares and the entire media circus of a royal engagement come to the front pages, it is tempting for journalists to move on from the sexual harassment scandals that drew so much attention earlier this month.

But fighting the patriarchy is for life, not just for press day, and today’s news that a UK producer intends to file a civil case against Harvey Weinstein—as well as allegations which continue to emerge on both sides of the House in Westminster—should remind us that while the cameras may have moved on to Prince Harry and Meghan Markle, the need for a serious reckoning has not.

Nor can this reckoning end, as the hand-wringing articles about “outlawing flirting” and being “crushed” by women would have you believe, with a vague suggestion that men change their behaviour while otherwise keeping workplaces basically as they were before.

I worked at the Independent for nearly a year – on a ‘casual contract’ for £88 a shift – and this is spot on. Almost all news writers were on 0 hours contracts, most young women. Meanwhile (literally) all news editors male – and many explicitly sexist. https://t.co/FCYd5921J8

Sexual assault is about power, with its perpetrators delighting in their victims’ vulnerability as much as in their own immediate gratification. More importantly, women in precarious employment are not empowered to fight back.

That some have responded to similar stories by demanding that women name the perpetrator or asking why long-ago incidents weren’t reported at the time shows how little this dynamic of predator and vulnerable victim is understood (even by some women). Yet to many of us, it is entirely familiar.

In the weeks since I helped found The Second Source, to help challenge harassment in the media, countless women have told me their stories and the themes are miserably predictable:

My fellow Second Source colleague, Rosamund Urwin, who is in her thirties and a columnist at the Evening Standard, has pointed out that she gets far less abuse now than she did in her early twenties.

Likewise, I’ve found that men are less likely to try to harass me—whether it be inappropriate comments and texts or, as in one memorable incident, physically forcing me to kiss them after drinks—now that the word “assistant” is no longer in my job title.

And we’re the (relatively) lucky ones.

The papers have delighted in asking whether we can discard the work made by talented, predatory men, but have paid much less attention to the work we never got to see: that made by talented, harassed women, who quit before their careers could even begin.

It ought to go without saying that this invisible portion of missing writers and editors likely contains a disproportionate number of working class women, women of colour and queer or non-binary people, who are more likely to experience insecure working conditions and risk facing an increased backlash if they do speak out.

Even managers who do not understand the basic, moral case for making sure that their employees are able to do their jobs without being harassed—and it is infuriatingly clear that many such managers exist—should recognise that their newsrooms will suffer from this dynamic.

As more and more titles move to using freelance workers and interns where previously they might have suffered staff jobs, and with many publications refusing to recognise the NUJ or other unions, the problem is not going away—however much women speak out.

But fighting back against harassment means seeing these invisible women, and recognising our colleagues who risk the same treatment.

Stephanie Boland is Head of Digital at Prospect. Her writing has appeared in the New Statesman, i and GQ. She tweets here.

The Second Source are hosting a meet up next week. You can get tickets here.