Dr Heather Brunskell-Evans had been attacked as transphobic, after criticising the idea that people can be 'born in the wrong body'. 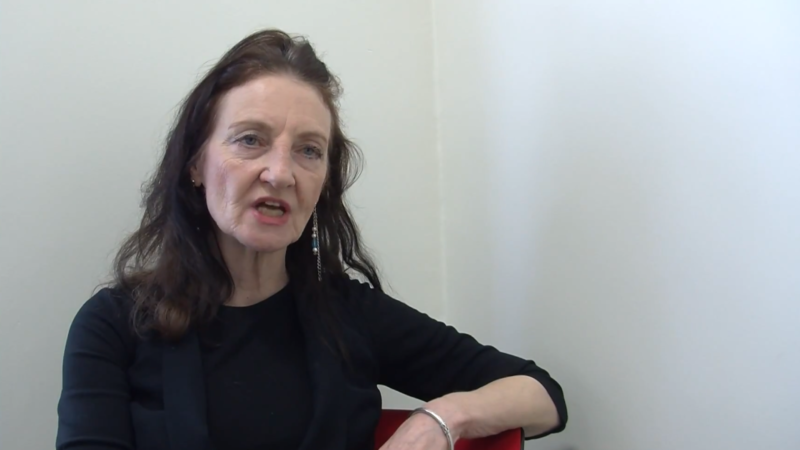 The Women’s Equality Party have dismissed a feminist academic at the centre of a transgender row, after she challenged whether children should be labelled trans.

Dr Heather Brunskell-Evans – a research fellow at King’s College London – was until this morning a spokeswoman for the Women’s Equality Party. Now she has resigned her membership after being sacked from that role.

It follows her appearance on Radio 4’s Moral Maze in November last year, where she argued that while adults could define themselves ‘in whichever way they want’, society and parents should avoid encouraging children to see themselves as being ‘in the wrong body’ – particularly if it led to surgery or treatment which would could have long-term implications.

In a debate with two transgender activists, she said:

“If a child decides that it’s an astronaut, one can play along with this. One doesn’t have to moralise about it but quite clearly the child is not an astronaut. In fact it’s incumbent upon adults who are responsible for the welfare, psychological and social and medical, of children not to go along with this story.”

She added that some trans advocates were ‘abusive’ and ‘reactionary’.

The Times reported that her comments prompted three complaints from transgender members of the WEP, who accused her of ‘promoting prejudice against the transgender community’.

King’s College London students then cancelled her speech to members of its Reproductive and Sexual Health Society at Guy’s Campus, while the Women’s Equality Party launched an immediate investigation after outrage on social media.

At the time, Dr Brunskell-Evans responded to the claims by denying any prejudice:

“I refute that I have promoted prejudice against the trans community either on the programme or through my writing and social media.

“I have called for transparent public debate, without fear of reprisal, of the social, psychological and physical consequences of the narrative that children can be born in ‘the wrong body’.”

However, the WEP have now completed their investigation into Dr Brunskell-Evans – and have sacked her as a spokesperson after determining the academic ‘breached articles of the constitution and our volunteer agreement’.

Brunskell-Evans immediately resigned from the party, announcing on Twitter that she will not appeal the decision:

Today @WEP_UK have reached the conclusion to their investigation. They say they recommend I do not continue in my role as Party Spokeswoman for violence against women and girls to take effect immediately. I will not appeal and I resign my membership #vawg

In its statement, the Women’s Equality Party said:

“Heather Brunskell-Evans [is] a tireless campaigner on ending violence against women, and we are sorry to learn that she has decided to resign her party membership.

“This has been a difficult experience for all involved. However, it is essential that when complaints are made to the party they are taken seriously and dealt with fairly and thoroughly, as the constitution approved by our members sets out.

“Doing politics differently is not easy. We are determined that issues that have the potential to divide the movement for women’s equality – including the interactions between rights linked to sex and gender – should be addressed in a constructive, respectful and inclusive manner through the democratic channels provided in our constitution. We look forward to evolving those discussions with our members.”

Several members of the party have resigned in response to the WEP’s decision.

A spokesperson for the Women’s Equality Party told Left Foot Forward the party would not be publishing the full investigation.

Stonewall and AllAboutTrans were contacted for comment but did not immediately respond.