John McDonnell's plan for National Investment Bank is securing backing from unlikely allies, as the British economy continues to flag. 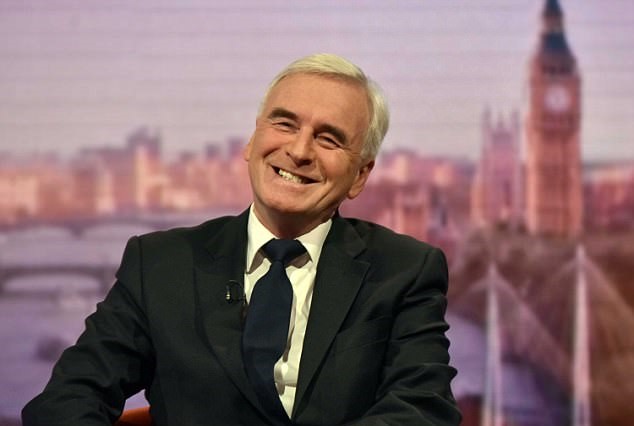 Labour’s plan for a National Investment Bank is at the heart of its economic strategy – significant and constant investment into every part of the UK.

This would be about reshaping the British economy – away from just the City and services and focusing on major infrastructure projects and boosting the UK’s small and medium sized businesses.

And the plan just got a big boost.

A new report from Citivas – a think tank The Times and The Daily Telegraph have described as ‘right-of-centre’ – is calling for a new UK Investment bank: one ‘which is fully owned by the UK, devolved and local governments, with offices in all regions of the UK.’

The report, ‘Closing the Finance Gap: How a national investment bank could support enterprise and raise productivity’, outlines the problem:

“Increasing productivity requires investment in productive enterprise. However, investment in the UK, as a proportion of domestic output, has fallen from about a quarter of GDP in 1990…to just over 16 per cent. It is now well below that of most advanced economies.

“One significant cause of this is that lending to business by banks, as a proportion of UK domestic lending, has declined from 31 per cent in 1988, to eight per cent in 2016…

They highlight an astonishing statistic for those who think that banks’ main role is to lend to businesses:

The failure of big banks to lend to Britain’s businesses is at the heart of many of our economic problems. But a concerted effort from government is not novel.

Germany’s KfW is a government-owned development bank, which in 2016 had dished out investment to the tune of €81 billion – of which €21.4 billion was for the promotion of SMEs, business founders and start-ups.

As the report notes, ‘KfW has provided financing for German enterprise for almost 60 years and has almost consistently returned a profit.’

Even the US has a government-owned small-business investment fund – the US Small Business Administration (SBA). Despite attempts from conservatives to shut it down, it provides much-needed lending to enterprise across the country.

As well as being part of the extremely-successful European Investment Bank (for now), the UK does have its own (small) public investment bank: the British Business Bank (BBB) was created in 2012 to support SMEs in the UK.

But it doesn’t operate on anywhere near the scale we need it to, ‘providing only £717 million in new commitments in 2016/2017.’ That’s pretty far off Labour’s plans for a £500bn fund. And the government’s privatisation of the Green Investment Bank has not helped the situation either.

There are encouraging signs however. Last year Nicola Sturgeon announced the creation of a Scottish National Investment Bank (SNIB) – which will have a social purpose built into it.

And now this from a leading think tank. Labour have welcomed the report – Peter Dowd MP, Labour’s Shadow Chief Secretary to the Treasury, said:

“We welcome the findings of this report that helps build the case Labour has been making for a new National Investment Bank. The creation of this new bank will be crucial for targeting lending at smaller businesses who are being let down by our current financial system.

“Labour is committed to setting up a new National Investment Bank alongside a network of regional development banks to build a high-wage, high-productivity economy.

“Only Labour in government can end Tory economic failure that has seen real wages fall and public services crumble.”

Labour’s economic strategy is becoming the mainstream. Previously radical ideas are now being recognised for what they are – sensible policies to revive our flagging and rigged economy.

What next – the Adam Smith Institute backing Labour’s renationalisation plans?