Parliament will grill Carillion bosses tomorrow - they may use the opportunity to look at corporate law overall. 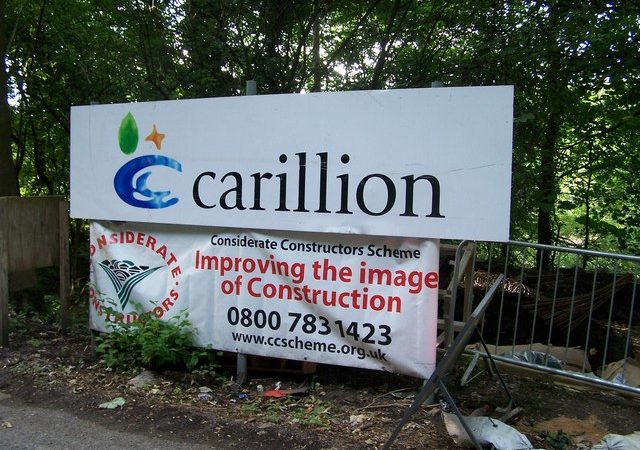 Tomorrow the directors of Carillion will be questioned by the joint session of the House of Commons Work and Pensions Committee and the Business Energy and Industrial Strategy Committee.

The directors have lots of questions to answer. The Carillion collapse is likely to directly cause the loss of 20,000 jobs and will have a knock-on effect on suppliers.

Carillion owed around £2bn to 30,000 suppliers and they are unlikely to receive anything substantial from the liquidation. The company’s pension scheme had a deficit of over £800m though some sources place at around £2.6bn.

Let us have a look at the Carillion board. After the May 2017 annual general meeting (AGM) Carillion had six directors, three of which were non-executive directors. The average tenure of the directors was about 3.5 years. Was that adequate to enable them to get to grips with the long terms issues?

This was about 36 times the average wage in the company. At the May 2017 AGM, 12.94% shareholders voted against the executive remuneration report and another 32.91% abstained. Dissent from 46% of shareholders did not encourage any reflections from directors.

According to the fiction of the Corporate Governance Code, the three Carillion non-executive directors were supposed to be independent. In reality this is impossible.

They were not elected by employees, suppliers, customers or local communities. In common with other companies, they owe their appointment to friendship with executive directors.

Non-executive directors typically work for one to two days a month and attend board meetings, which is hardly adequate for them to invigilate the executive directors or the company. Carillion non-execs were paid £61,000 each.  The average UK wage is about £27,000 a year.

Parliamentary questions ought to be around whether Carillion directors adequately discharged their statutory duties. Directors owe a ‘duty of care’ to the company and the Companies Act 2006 requires them to exercise reasonable care, skill and diligence in discharge of their duties and promote the long-term success of the company. Section 172 states that:

(1) A director of a company must act in the way he considers, in good faith, would be most likely to promote the success of the company for the benefit of its members as a whole, and in doing so have regard (amongst other matters) to—

(a)  the likely consequences of any decision in the long term,

(b)  the interests of the company’s employees,

(c)  the need to foster the company’s business relationships with suppliers, customers and others,

(d)  the impact of the company’s operations on the community and the environment,

(e)  the desirability of the company maintaining a reputation for high standards of business conduct, and

(f)  the need to act fairly as between members of the company.

Whether Carillion directors satisfied the legal requirements will depend on the evidence and it would be interesting to see what facts are elicited by the parliamentary committees.

£2bn owed to suppliers and £800m hole in the pension scheme raises questions about how the directors weighed the interests of these parties in their decisions.

In the five years from 2012 to 2016, Carillion paid out £217 million more in dividends than it generated in cash from its operations. This was partly funded by debt.

Over the eight years from December 2009 to January 2018, Carillion’s borrowing increased from £242m to around £1.3bn. Was that in the long-term interest of the company?

The rest (83.5%) was provided by unsecured creditors and employees who had no board representation.  Were they owed a ‘duty of care’?

This is unlikely because the proceedings might show that their own discharge of statutory duties may have been deficient. It seems that employee, supplier and customer interests are only to be considered to the extent that it would promote company success for the benefit of shareholders as members. It is hard to see how the law protects the interests of employees and suppliers.

Hopefully, parliamentary questioning might help to secure much needed change to the UK company law, which in its current form fails unsecured creditors, employees and other stakeholders.

One Response to “Carillion could be the spur to radically reform company law. Here’s what’s at stake”