The carefully manufactured green sheen around May and Gove is being shown up for the PR farce it really is. 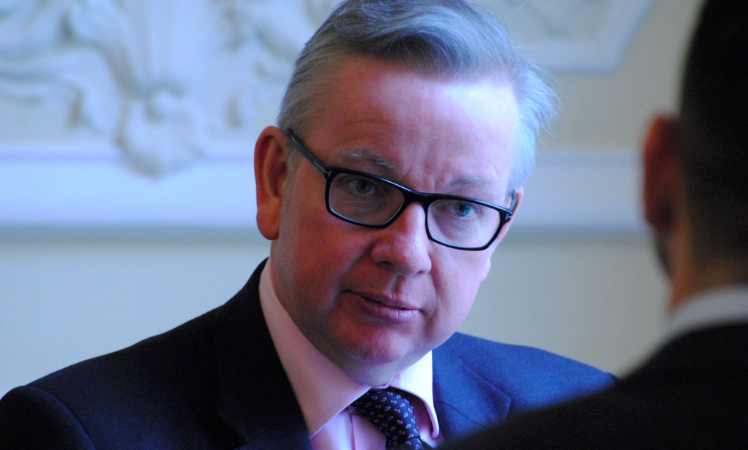 Comic book worlds are pure escapism, a fantasy world of absolute good and evil. Heroes and villains. They are also a pop culture phenomenon. Perhaps that is why the Conservative Party have made a hamfisted attempt to create a green hero to defend their faltering ‘green Brexit‘.

The UK Government hopes the British people won’t notice that their ‘green Brexit’ is the political equivalent of candyfloss, artificially bright and appealing but bite down and you’ll soon realise it lacks any substance.

In that vein, instead of taking environmental action, the Tories have spent their time trying to re-cast Michael Gove and Theresa May as green heroes, with misdirection their superpower.

‘Heroes aren’t born, they’re made’ goes the comic book cliche. So it’s worth looking at what has brought the Tories to this point.

At the end of 2017, two events sent the Conservative Party press office into a panic.

In November, a huge public backlash against MPs who voted down a Green Party amendment to ensure UK law still recognises animals can think and feel post-Brexit forced Tory HQ to confront the reality that Brits really do care about animal protection.

In December, the Party awkwardly fidgeted and painfully tweeted its way through a BBC Documentary, watched by 12 million Brits, that exposed how the Government’s failure to combat the scourge of plastic pollution is having a detrimental impact on our oceans and choking the beautiful and unique wildlife they sustain.

Cut to a month later, and, in the face of a renewed clamour for action, the Prime Minister and Environment Secretary call a press conference to launch a hastily re-edited 25-Year Environment Plan that had been gathering dust on Defra’s shelves for months. The dynamic duo‘s aim was to apply a green sheen to a floundering Conservative Party.

And, lo, a new Tory Party was born; a new and improved band of environmental avengers with a passionate commitment to tackling the scourge of plastic pollution.

It’s an inspiring tale, but, being the result of a plan hatched by a panicked Party HQ, it was never built to last.

Experts and campaigners were quick to point out that our green-caped crusaders’ warm words on plastic pollution were welcome, but were not supported by any actual policies. Our heroes were unmasked on their very first outing.

More humiliating still, the real damage to the Tory green sheen was wreaked by their arch nemesis; the EU.

The one piece of legislation Theresa May did announce during the Party’s rebirth speech was the extension of a hugely successful charge that has seen the use of plastic bags in Britain collapse by almost 90% in just a few years.

The PM forgot to mention, however, that the policy was necessary just to meet the requirements of an EU directive, and England is, in fact, still playing catch up with many of its neighbours. Incidentally, the plastic bag directive was designed by Greens in the European Parliament.

Gove and May’s lacklustre plastic plans came, and I’m sure it was just a coincidence, just a matter of days before the European Union announced a tough plastic strategy and a raft of actual policies that put the UK Government’s vague, policy-free pledge to abolish ‘avoidable’ plastic waste by 2042 to shame.

Did the Tory band of ‘environmental avengers’ desperate now to remain credible as their green sheen crumbles around them welcome these proposals? Apparently, not.

Today, Greenpeace exposed that the UK government is, instead, actively working against EU proposals to ensure 65% of all municipal waste is recycled by 2035. Despite, or perhaps because, their own domestic performance has led to recycling rates in the UK flatlining at around 45%.

It is just a gentle reminder that the Conservative government’s green Gambit is failing. If heroes are, in fact, made, not born; the Tories shouldn’t have built theirs out of sand.

The more important moral of the story, though, is that far from being an arch nemesis, the EU has been and continues to be the driver of so much positive environmental action in the UK and across Europe.

In the real world, there are no absolute heroes and villains. But it is increasingly clear that the hard Brexit preferred by the UK Government is the wrong path.

Ministers like to think they’re Daredevils and Mavericks, meanwhile, the British people are increasingly seeing their vision of Brexit for the Hulk-ing great mistake it is.

One Response to “Don’t believe the spin, the Tories haven’t suddenly transformed into environmental superheroes”