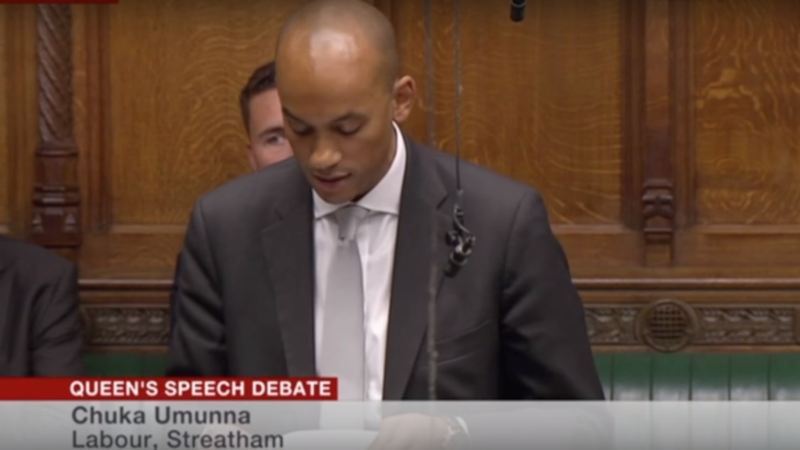 A majority of the public now believe the UK should stay in the Single Market, according to a new poll for Left Foot Forward.

And 71% of Labour supporters back remaining in the market – suggesting the Parliamentary party’s rebels have the backing of their voters.

A majority of Conservative voters with a view also back remaining in the agreement – with support at 54% compared to 22% who disagree.

The poll comes after 48 Labour MPs defied the party whip and voted to stay in the Single Market, in a crucial vote on the EU Withdrawal Bill on Wednesday.

Support is also high for remaining in the Customs Union, at 57% compared to 27% who neither agree nor disagree. Just one in seven (16%) believe we should quit.

Commenting, Chuka Umunna, a leading supporter of Open Britain and co-chair of the All Party Parliamentary Group on EU Relations, said:

“It is clear that a majority of the British public and an even greater proportion of Labour voters want the UK to stay in the Single Market and Customs Union.

“That’s the best anti-austerity policy there is, because it protects businesses and jobs – keeping revenue flowing to the Exchequer that can be spent on public investment and services.

“It is vital we stand up against Theresa May’s false claims that it is necessary to leave the Single Market and Customs Union if Brexit takes place. If the Brexit Withdrawal Agreement does not include those things, we should not support it.

“As the Presidents of the EU Commission and Council have made clear this week, Brexit is not inevitable.

“If the British people don’t like the deal on the table at the end of this process, they are entitled to change their minds. The EU would welcome us back with open arms.”

“Wednesday night’s rebels seem to have the support of the public – including Labour voters.

“The growing calls from MPs to avert a ‘hard Brexit’ have popular backing, putting pressure on the Prime Minister to change course.

“But these findings also reflect the mounting campaign for Labour’s leadership to back remaining in the Single Market and Customs Union – or indeed halt Brexit altogether.

“While the EU Withdrawal Bill is onto its next stage, Jeremy Corbyn’s task – balancing very different views on Brexit – is not going to get any easier in the next few months.

“What side the leadership come down on will have a major bearing on what the final deal looks like.”

The poll follows findings that a majority of those with a view would back holding a fresh in/out referendum on EU membership if Theresa May fails to secure a Brexit deal at the end of this year.

Voters believe the three main parties’ stances on Brexit are currently unclear – with time running out for them to nail down their positions.

Source Note: BMG Research interviewed a representative sample of 1,513 UK adults online between 9th & 12th January. Data are weighted. BMG are members of the British Polling Council and abide by their rules.

See also: Public would back fresh referendum in event of ‘no deal’ Brexit

8 Responses to “BREAKING: The public back remaining in Single Market and Customs Union”