The divide in higher education is getting starker. Huge strikes are on the cards unless something is done about it - and soon, writes UCU General Secretary Sally Hunt. 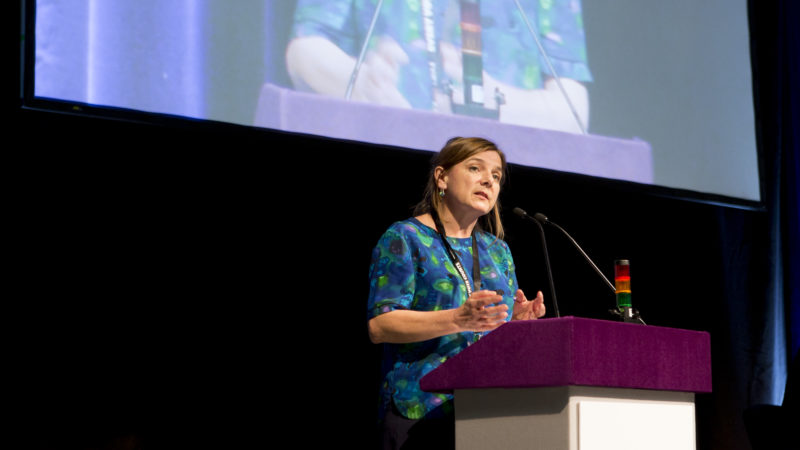 What this whole sorry episode seems to be finally doing is shining a light on how our universities are run. We are told that guidance on who sets senior pay in universities and how will now be released in the new year. How effective that will be remains to be seen. So far, Ministerial pleas for pay restraint at the top have fallen on deaf ears for years.

Without proper engagement with staff and students when the draft guidance is published in the new year, the new proposals risk being as toothless and open to abuse as the present set-up.

And a poll for Left Foot Forward released today shows that eight in ten of those with a view say they Vice Chancellors should not sit on the committees that sets their pay.

The figures make clear that THE current system is broken and serious change is needed. For years, when quizzed about the huge pay rises enjoyed by vice-chancellors while staff pay failed to keep pace with the cost of living, universities said senior pay was a matter for the independent remuneration committee.

This is clearly an issue universities are sensitive about – as demonstrated by Southampton’s effort to obscure what committee set the Vice Chancellor’s pay and who sat on it.

But anger at the upstairs-downstairs nature of higher education is not limited to pay. Universities are proposing to end guaranteed retirement payments in USS, the sector’s largest pension scheme.

I have been involved in some tough negotiations over the years in higher education, including two extended periods of national industrial action in 2004 and 2006. But I can safely say that the proposal currently on the table from Universities UK to reform USS pensions is the worst offer I have seen from an employer in 20 years.

The proposals will pick the pocket of a typical lecturer by more than £200,000 over the course of their retirement and will open up a near £400,000 gap between the retirement payments received by academics in post-’92 universities, who are members of the Teachers’ Pension Scheme (TPS), and Universities Superannuation Scheme (USS) members.

It is no coincidence that many of those leading the attack on UCU members’ pensions have themselves left USS and made private arrangements with their university employer to receive the equivalent of their pension contributions as cash.

When I say the offer is bad, I of course mean for UCU members, but it is bad too for the universities on whose behalf it has purportedly been made. We are unconvinced that all Vice Chancellors want to see their staff’s retirement income devastated, as there are those who no doubt worry what an unattractive pension will do for recruitment.

Sally Hunt is General Secretary of the UCU lecturers union

5 Responses to “While university bosses get a pay rise, lecturers’ pensions are being slashed”