Half of council tax imprisonments could be against the law, with some of the poorest people paying the price. But justice activists are challenging the government. 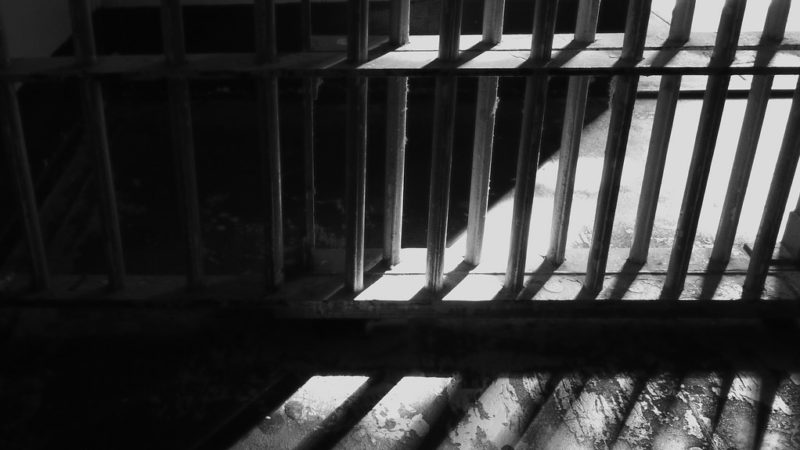 Half of those sent to jail for failing to pay council tax could have been unlawfully imprisoned, according to new evidence heard at the High Court in Cardiff.

Melanie Woolcock, a single mother from Wales who was herself unlawfully jailed, has launched a judicial review against the UK government and Welsh Ministers – and the case has dug up some extremely worrying findings.

According to evidence presented by Cathryn McGahey QC, of 95 people sent to prison between April 2016 and July 2017 for failing to pay their council tax, 49 may have been committed to prison unlawfully.

Written court submissions list incorrect means assessments, excessive repayment windows, or an erroneous judgement that failure to pay was because of ‘culpable neglect’ or ‘wilful refusal’ as reasons why such imprisonments may be unlawful.

And in a further 13% of cases, debtors were committed to prison despite not being present at the hearing – another factor that could make a committal unlawful, according to McGahey QC.

Amanda Aldous is a mother of five children, the youngest of whom is autistic. She was in an abusive relationship and fell behind on council tax payments, owing the council £7,000. To her horror, despite having offered to pay the council back at a rate she could afford, magistrates sentenced her to 90 days in prison.

Or take Melanie Woolcock…a single mother [and the claimant in this case] who was caring for both her son and an elderly neighbour with limited means. Struggling financially, she prioritised paying her rent, gas and electric and buying food and ended up owing the council £4,700. Despite Melanie having made a payment of £100 towards her debt, she was sentenced to 81 days in prison…

Marie [name changed] was the primary caregiver for her husband, who suffers from mental illness, and her young daughter when she fell behind on council tax payments. She owed the council about £4,500 and was handed a sentence of 69 days in prison for culpable neglect of paying the debt.

In all three cases lawyers successfully challenged these sentences on the grounds that they were unlawfully given out – but only after the three women had suffered the trauma of imprisonment and separation from their families.

The scale of potential unlawful imprisonment varies wildly: according to written submissions, 95% of debtors in Kent were committed to prison in their absence, while in South Wales and Northamptonshire, the figures were 84% and 75% respectively.

McGahey QC told the court: “We say that a system that permits this to happen is inherently unfair.”

The legal challenge, launched with the help of legal charity the Centre for Criminal Appeals, alleges that systematic failings are to blame for high rates of unlawful imprisonment of people for council tax debts.

Woolcock was arrested by bailiffs in August 2016 and served 40 days of her prison term before the Centre for Criminal Appeals assisted in securing her release on bail.

If the legal challenge succeeds, it could lead to an overhaul of current regulations and practices that could help prevent future unlawful imprisonments of vulnerable people.

“I hope that what happened to me doesn’t happen to anyone else in future. My unlawful imprisonment had a profound effect on my family, and the system has to change.”

“These damning statistics are clear evidence of systemic failure. They expose what amounts to an epidemic of illegally imprisoning poor people for falling into debt. Prison is no place for these vulnerable people who have not committed a crime.”