Phone up and ask the former chancellor - who is taking part in the charity telethon - why he loves food banks so much. Don't phone up and donate money. 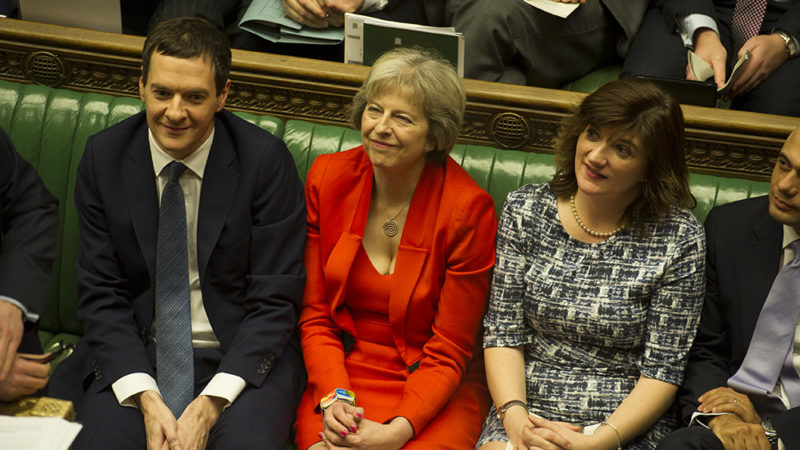 The Evening Standard held a telethon on Thursday, to raise money for children in the UK whose parents can’t afford to feed them. The paper advertised that celebrities including Frank Lampard and Jon Hamm would be answering calls, but inexplicably staff failed to mention the enormous role their editor, George Osborne, played in creating food poverty in the UK.

Food bank use rose to twenty times its previous level between 2010 and 2016, when Osborne was chancellor. The Trussell Trust now has to provide nearly 1.2 million emergency food packages a year.

Delays and changes to benefits — which Osborne presided over — have consistently been cited as two of the top three reasons families turn to food banks.

People have starved to death because of the austerity measures Osborne implemented. Child poverty has increased exponentially as a result of the coalition’s policies — which are still having an impact now — and is currently at its highest rate since 2010. Around a third of children in the UK are classified as poor and one in five parents say they struggle to feed their children.

Food banks are — unfortunately— necessary, practical things right now, but they are also political. Under the coalition government, at least one independent food bank closed in protest over politicians using its existence as an excuse not to help hungry benefits claimants. On a larger scale, the coalition government peddled manipulative lines about the ‘big society’ to try and justify backing out of its responsibility to help people, instead shifting the burden on to charities.

It is shamelessly hypocritical for Osborne and his paper to gain positive publicity through a charity push that is only necessary because of policies he implemented. He should be called out on it.

A few thousand pounds is nothing but a tiny plaster on a deep wound. Supporting depoliticised charity drives like the Evening Standard’s telethon isn’t really helpful. Better funded food banks sustained by public donations are not a solution to the crisis austerity has caused. We need politicians to make bigger changes so that we don’t need food banks at all. Validating Tories whose policies have destroyed lives will only help entrench their pernicious ideology, which could stop real political change from happening.

One Response to “George Osborne made food banks necessary, now his newspaper is asking you to pay for them”