Major accountancy firms are key players in tax avoidance -- but at the same time publicly claim to have "high moral standards". This myth must be quashed. 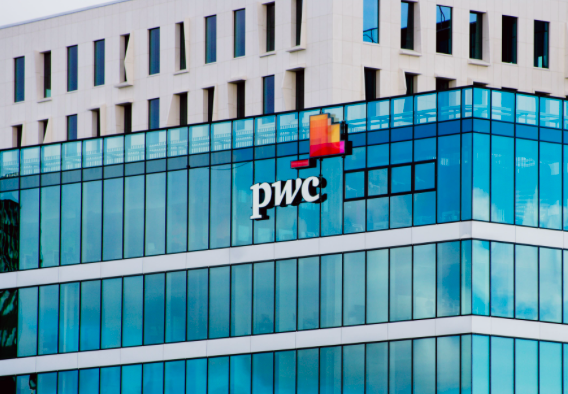 The revelations from the Paradise Papers once again show the visible hand of big accountancy firms in tax avoidance. The information should blow away the cobwebs about the claims that accountancy firms are ethical or serve the public interest.

Accountancy firms, central to tax avoidance exposed in the Paradise Papers, engage in organised hypocrisy — where the firms’ slick public relations do not match their actual practices.

Let’s start with two of the largest firms. The Paradise Papers show that PricewaterhouseCoopers (PwC) and Deloitte are both implicated in crafting schemes to enable Blackstone to reduce its UK tax liability.

Big accounting firms have a long history of profiting from tax avoidance. In 2003, a US Senate Committee investigation concluded that:

“Respected professional firms are spending substantial resources, forming alliances, and developing the internal and external infrastructure necessary to design, market, and implement hundreds of complex tax shelters, some of which are illegal.”

The committee continued: “they are now big business, assigned to talented professionals at the top of their fields and able to draw upon the vast resources and reputations of the country’s largest accounting firms.”

In 2013, the UK House of Commons Public Accounts Committee held an inquiry into tax avoidance promoted by the big accounting firms. Its chair said:

“I have talked to somebody who works in PwC, and what they say is that you will approve a tax product if there is a 25% chance—a one-in-four chance—of it being upheld.”

Continuing: “that means that you are offering schemes to your clients—knowingly marketing these schemes—where you have judged there is a 75% risk of it then being deemed unlawful”. Partners of other firms admitted to having a threshold of 50%.”

Just think about it. What would be the consequences if producers of food, medicine, water and other things imitated the standards of big accounting firms and knowingly sold goods and services which knew were substantially unlawful.

Regulators and governments would leap to action, at least one hopes so, but they have done little to check the predatory practices of the firms.

Instead of curbing their predatory practices, the firms seek to disarm critics with mantras of integrity, ethics and social responsibility.

PwC’s website claims that the firm’s “high standards of ethical behaviour, are fundamental to everything we do … We are willing to walk away from engagements and clients if our independence, integrity, objectivity, or professionalism could be called into question if we continued”.

Deloitte claims that “Integrity and ethical behaviour are central to maintaining our reputation”. Ernst & Young boldly states that “We reject unethical or illegal business practices in all circumstances … We are alert for personal and professional conflicts of interest”.  Whilst KPMG boasts “high ethical principles”.

The above claims cannot easily be reconciled with the actual practices of the Big Four firms. No one has been able to find even one line amongst the millions of pages leaked by Paradise Papers or any other leak in which accounting firms ever considered ethics, social responsibility or the impact of their trade on the rest of the society.

The firms are engaged in organised hypocrisy. They manage external pressures with claims of ethical behaviour and social responsibility, but internal processes cannot be aligned with such claims.

Those failing to meet their targets are disciplined whilst those meeting the targets are rewarded with promotions and salary increments. Over a period of time, certain habits and practices become normalised and tax avoidance becomes just another part of daily organisational life.

They publish high sounding statements of social responsibility whilst at the same time internal routines are geared to generating profits through tax avoidance.

The tensions between internal and external responses are now regularly exposed by whistle blowers, court cases, media investigations and leaks such as the Paradise Papers.

The negative publicity and public anger lead to calls for retribution. The partners of the firms can respond by aligning organisational culture, goals, practices and mindsets of staff with social expectations, but they have shown little inclination to do so.

The firms have used their vast financial and political resources to stymie any serious reform and their lucrative tax avoidance business continues. Or maybe the Paradise Papers will finally spur politicians to long overdue reforms.