Instead of pumping money into financial markets, Hammond should fund infrastructure and green technology - or give households a direct cash boost. 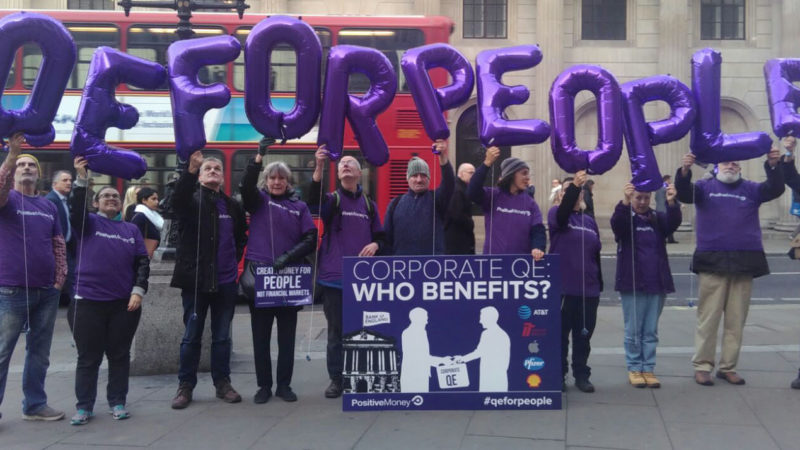 With less than a month to the Autumn Budget, Chancellor Philip Hammond is under pressure to announce measures to rescue the Conservatives’ ailing fortunes among young people. They need it.

The party polled just 18% among 18-25 year olds at the June general election, with a double-digit deficit to Labour with every age group under 44. The extension of Help to Buy and a freeze on tuition fees are just two ideas that have so far been touted as the solution.

It’s clear that the party has a youth problem. The 2017 election saw the biggest generational divide since the 1970s. But you can’t fully understand this phenomenon without looking at structural changes that have taken place in the economy since 2010.

Young people have found themselves on the wrong end of an unprecedented transfer of wealth to the asset-owning rich. Monetary policy, including quantitative easing and low interest rates, has pushed up the price of property and financial assets, which are disproportionately owned by older generations. Rising house prices have seen home ownership become an ever-distant prospect, while year after year, wages have failed to keep up with the cost of living.

The scale of what’s taken place is hard to overstate. ONS Wealth and Assets Survey data analysed by Positive Money shows that wealth gains during this era of extraordinary monetary policy have been nearly 200 times greater for the richest than for those at the bottom.

Over the full duration of quantitative easing, which has now lasted nearly eight years, we estimate that the top 1% of households may have seen a boost to their wealth well north of a million pounds.

So why haven’t these effects been redressed? What’s holding back a Tory government, desperate to preserve younger support, from tackling this issue? Certainly Mark Carney, Governor of the Bank of England, thinks the buck stops with the Chancellor.

Responding to criticism of monetary policy’s effect on inequality in a speech last year, the Governor – echoing a classic orthodox refrain – insisted that:

“All monetary policy has distributional effects, but it is rightly the role of elected governments to take measures to offset them if they so choose.”

In truth, this wealth transfer has happened on such a colossal scale that it will be almost impossible to reverse. The notion that fiscal policy can somehow compensate the losers is simply implausible.

Spreading the wealth gains equally would require redistribution starting with an average windfall tax of £230,000 per household on those in the top quintile, tantamount to a wealth tax of 17.5%. A tax at a rate this high would be totally without precedent. An emergency wealth tax existed for a short period in Iceland between 2010 and 2013 – but at an annual rate of 1.5%.

Seen in this light, the measures that would be required to reverse recent increases in wealth inequality are outlandish. Roughly equivalent changes to income tax would still see an average  household in the top 20% take 80 years to pay back their gains. Besides being politically unfeasible, options like this would have serious knock-on effects on economic activity.

Both the Bank of England and the government need to recognise the plain fact that monetary policy has had dramatic effects on inequality, with devastating effects for younger generations.

Policymakers should look to new solutions – like our proposal, QE for People – to reinvigorate the parts of the economy that matter and to spread wealth fairly and sustainably across the generations.

Instead of pumping money into financial markets, QE money could be spent via the government into infrastructure, green technology, or as a direct boost to household finances.

The tools used by central banks since 2008 are exhausted and discredited: the problem needs fixing at its source.

Rob Macquarie is an economist at Positive Money, which campaigns for a money and banking system that supports a fair, democratic and sustainable economy.

One Response to “The Tories should do something bold in their Autumn Budget: QE for the People”