Radio station accused of 'surpassing gotcha journalism' and relying on 'false equivalency', with suggestion that charging prospective party members a premium rate to join Labour is the same as forcing destitute benefits claimants to call 55p a minute line for food money. 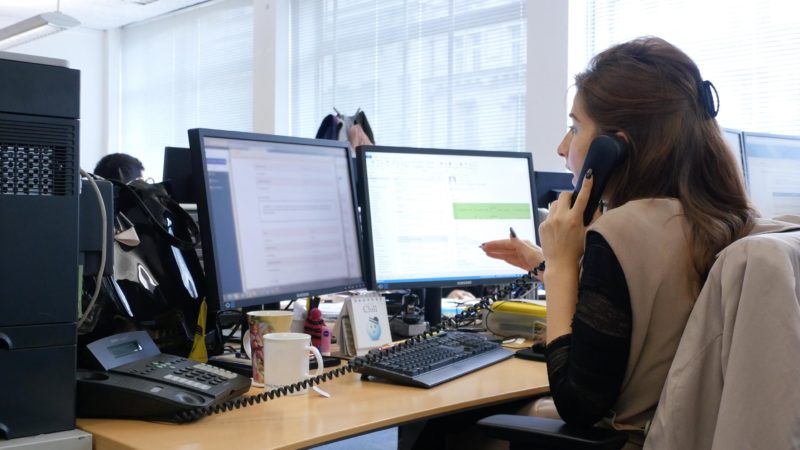 LBC has attempted to equate Labour’s policy of charging prospective members 55p a minute to enquire about joining the party with the Tories’ use of expensive 0345 numbers for destitute benefit claimants, chasing money they need for food and shelter.

The shouty London-based radio station – which until recently employed rightwing commentator Katie Hopkins, who was fired for using Nazi-like language to call for a ‘final solution for Muslims’ – tried to stitch up Labour MP Debbie Abrahams live on air this morning, derailing a discussion on the Tory’s unethical use of the premium rate phone lines.

In a poor attempt at ‘gotcha journalism’ – which has been called-out online for relying on a ‘false equivalency’ – host Jim Diamond asked the Oldham East MP: “If the 0345 numbers are so bad, why does the Labour Party have that number for you to sign up. If you want to join the national Labour Party, you have to call on 0345.”

But people on social media were quick to point out that ‘no one is going to starve as a result of being unable to join the Labour party’.

The debate came after Jeremy Corbyn yesterday criticised the government’s lack of ‘humanity’ for expecting people on Universal Credit to pay an average of £3.30 to call a helpline.

Many people entitled to the benefit face lengthy delays in claiming.

Abrahams, who has been campaigning on the issue, tweeted an article this morning about a woman who was forced to sell all her furniture after administrative problems left her waiting eight months and having to make ten applications for universal credit.

Think we’ve now surpassed peak “gotcha” journalism and we’re into the realms of false equivalency. “Coming next on LBC, Jeremy Corbyn says we need to build a million homes, but the Labour Party hasn’t built any. It has just ONE office in London. Hypocrites?”

While the Conservatives are forcing people applying for the benefit or facing delays to call the expensive line to chase money they are entitled to, and which they need to pay for basic necessities, Labour offers out an 0345 number to people who wish to pay to join the party.

This doesn’t work does it. Destitute people aren’t ringing up the Labour Party to get the money they need to survive.

Abrahams appears to have been caught off guard by Diamond this morning.  She responded: “I don’t know. I think you make a very valid point. I had no idea about this and yes, we need to get our own house in order as well.”

But the consensus online is clear, with dozens of people taking to Twitter to angrily point out that LBC were certainly not making a valid point, and in fact likening wanting to join a political party with needing to eat is offensive and misleading.

Interestingly, LBC Radio also lists an 0345 number on its Twitter profile for people who want to call the live show.

4 Responses to “LBC ‘suggests being a Labour Party member is as important as eating’, in absurd attempt to stitch up MP”