They're preparing for automation, which is likely to eliminate millions of manufacturing jobs in the future. 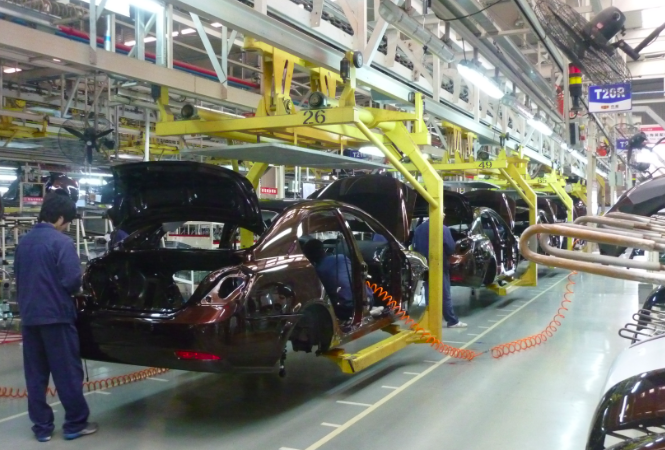 One of Germany’s largest trade unions appears to be taking tentative steps to protect its members against automation and demand workers benefit on the profits from it.

IG Metall which represents engineering, automotive, electrical, aerospace, steel and manufacturing workers is preparing to submit a claim for shorter working hours and a 6% pay claim to German engineering employers.

IG Metall negotiates a national sectoral collective agreement with the German metalworking employers organisation, which applies across the board to almost 3.9 million workers.

The claim for shorter hours is reported to be for a 28 hour week (down from the current 35 hours) in push for ‘better work life balance’.

IG Metall is preparing for the effects of the digital revolution and automation which it is anticipated may eliminate many manufacturing jobs in the coming years.

The demand also reflects a renewed confidence among trade unions in the EU and the expectation that Germany’s economy is expected to grow by 2% this year.

“There is no reason for restraint,” IG Metall President Joerg Hofmann says, pointing to growth in manufacturing and industry and the German economy’s strong performance.

Hofmann also called for a fundamental change in the way companies deal with the issue of working time. Workers now put a bigger emphasis on work-life balance and the demands for more flexibility from employers must be reflected in any wage deal, he says.

IG Metall is seeking a right to reduce weekly hours to 28 hours from 35 hours — with a right to return to full-time work after two years for shift workers and those caring for children or relatives.

IG Metall says its strategy reflects changing working preferences of workers who want more time off instead of more pay and time to care for their children or parents and to engage in communal work.

The head of the employers association Gesamtmetall has rejected the demand for a 28-hour week, saying this would exacerbate shortages of skilled workers.

The demands, presented by IG Metall’s board for the 2018 wage negotiations, still need to be approved by its regional branches in the next few weeks.

The normal practice in Germany in the metalworking sector is for negotiations to begin in one region (usually where IG Metall is particularly strong) with any negotiated agreement forming the ‘template’ for the rest of the industry.

2 Responses to “German unions are pushing for a 28 hour working week. We need to too”