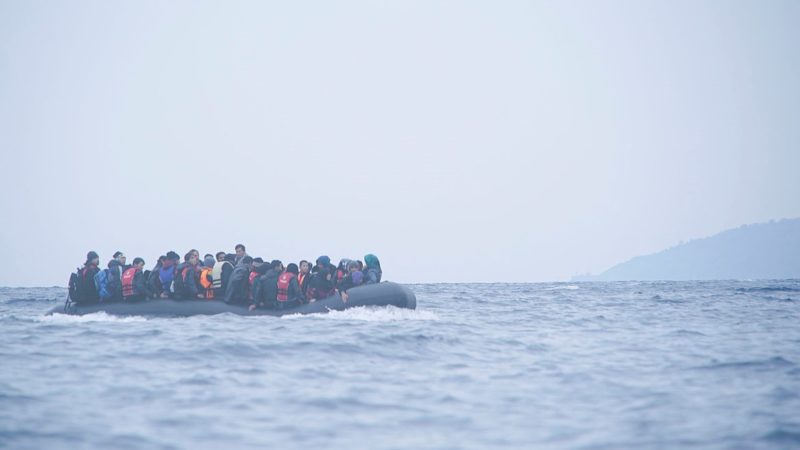 It’s two years since the world was shocked by the pictures of Syrian child refugee Alan Kurdi.

Wearing denim shorts and a red T-shirt and denim shorts, lying face-down in the sand, the awful image of Alan alerted people around the world to the deadly journeys that have cost thousands of Syrians their lives in recent years.

“Two years after the body of Alan Kurdi was washed up on a beach in Turkey, thousands of refugees continue to die in the Mediterranean and Aegean seas. The public outcry should have marked a political turning point, but the global response to the refugee crisis since Alan’s death has been an utter disaster.”

The British government is amongst those who have failed to fulfil their international obligations in the last year when it comes to the refugee crisis, and we are still seeing too many children having to make dangerous journeys to reach safety.

One shameful aspect for this is that throughout the last year, it has become absolutely clear that the government is wriggling out of its obligation to accept child refugees, shutting the door on the most vulnerable.

Earlier this summer it emerged that not a single extra lone child refugee had been brought to Britain from Europe under the “Dubs amendment” scheme this year. Home Office ministers also confirmed that only 200 children were transferred under Dubs in 2016 after the closure of the Calais camp.

The Dubs amendment to the Immigration Bill, known as section 67, was passed in April 2016 amid a campaign to bring 3,000 lone refugee children stuck in camps in Europe to Britain, and it was hoped that Labour peer Alf Dubs had paved the way for hundreds of children left marooned in Europe – including camps in Calais – after fleeing war in their home countries to be allowed to enter the UK.

But then, earlier this year, the Home Office announced, to widespread public dismay, that it would be closing the Dubs scheme after taking in just 200 children – citing a lack of local authority foster places. Yet Lewis confirmed to the Commons in the final week of Parliament that it was still open.

There is consensus among those working in the area that the government has been taking too long to process eligible refugee children in Europe to bring them to Britain.

The government’s lack of action is particularly disappointing in that we know that many local authorities across Britain, which assume responsibility for the children once they are admitted to the country, are willing to accept more refugees.

We need to be clear that where safe and legal routes are blocked for these children, they are left with a terrible choice between train tracks on the one hand, and people traffickers on the other. These children have been identified as the most vulnerable in the world, including girls without parents, who are susceptible to sex traffickers.

In particular, we not only need to know how many children will still be transferred under Dubs in 2017-18, but also that the government must change direction and keep the scheme open, especially because intelligence from Europol – the EU’s law enforcement agency – showed 10,000 vulnerable youngsters have disappeared across the continent – many of them feared trafficked.

On our part, Labour commits to meeting the obligations of the Dubs Amendment. We will restore the scheme and accept some of the most vulnerable children in the world.

Let’s keep the pressure up on this vital issue. The internationally-agreed principles and the Dubs Amendment were never conceived as a “one-off”. The government should continue to commit to meeting their international treaty obligations and our own laws.

3 Responses to “Two years on from Alan Kurdi, we are still failing child refugees”