The record-breaking deadline day deals saw headlines about fat-cat footballers. But many clubs are still refusing to pay the real living wage. 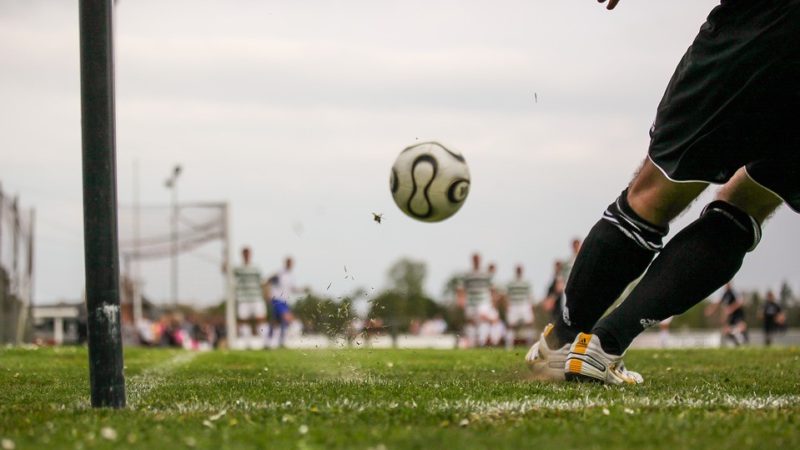 Transfer deadline day saw all records smashed – with £210m spent on top footballers. With that comes a flurry of headlines about wages. At the TUC, we’re a fan of wages being in the news – but in Premier League football, it’s not low wages that are making headlines.

Real wages have been falling for the past four months, and that’s expected to continue – particularly concerning because, on average, UK workers are still paid less than they were back in 2008. This should all be big news.

Instead though, we’ll know about the transfer record being broken – despite big name deals falling through – new signings being paid £300,000 per week, players being tempted away by the offer of more money, and frustrated defenders complaining about only being on £60,000 per week. (It’s important to note that this is just at the top of the game, the average footballer’s salary isn’t as great.)

But, in honesty, it’s beginning to border on bland to talk about how much senior Premier League players earn. We all know they earn loads. Loads and loads of loads. So many loads that the numbers just sound a bit fictional.

So let’s not chat about those for a little while – let’s focus on those who don’t have such a good deal.

Many of the top football clubs don’t guarantee their staff the real living wage, as set by the Living Wage Foundation.

Despite Premier League clubs choosing to pay some players millions per year, many can’t seem to find an extra couple of quid an hour for all the caterers, cleaners and groundspeople that keep the clubs running.

While some have committed to paying all staff a real living wage, this isn’t yet the norm. In 2014, Chelsea became the first Premier League club to sign up to the living wage. Everton have since followed. These remain the only two clubs accredited by the Living Wage Foundation.

When asked if they paid workers the living wage back in 2015, some teams refused to answer. Others explained that they pay it, but only for full-time or permanent employees. This means that casual staff, agency staff and contractors may be missing out on fair pay.

The pay disparity between top players and those on low pay at Premier League clubs is made clear if you play about with this BBC interactive tool. The tool shows you how long it’ll take you to earn the wage of a star footballer on your current wage. Sorry for the spoiler, but if you’re on an average salary, it’ll take you over a thousand years.

But it’s unfair to just focus this criticism to the world of football. Football reflects society, not the other way round. This is another case of the highest paid in a profitable industry being paid vastly more than the lowest paid. Gaps between the highest and lowest paid in industries and organisations are nothing new and exist elsewhere.

There’s numerous ideas on how to address this disparity. As part of its lacklustre proposals on corporate governance, for example, the government is proposing that UK-listed companies be obliged to publish the pay ratio between their chief executive and their average British worker.

If we really want to help those on the lowest pay, it seems to make more sense to make companies pay the pay ratio between the chief executive and lowest paid, rather than the average.

However, publishing information alone isn’t enough. More needs to be done to help those on the lowest pay.

At the TUC, we’d like to see more employers signing up to the real living wage.

The lowest paid are struggling and wages simply aren’t rising in line with living costs. As real wages and disposable income continue to fall, work increasingly doesn’t guarantee financial security. Nor does it offer a guaranteed route out of poverty – the majority of those in poverty are also in work.

Premier League clubs aren’t an anomaly – there’s a lot of profitable companies that can afford to pay their employees a living wage but choose not to.

So when we hear about footballers and chief executives being paid millions, let’s remember to ask, “but what about everyone else who works there?”.