While some on the right expect a Merkel win to be good for Britain, Germans are not minded to give Theresa May a friendly deal. 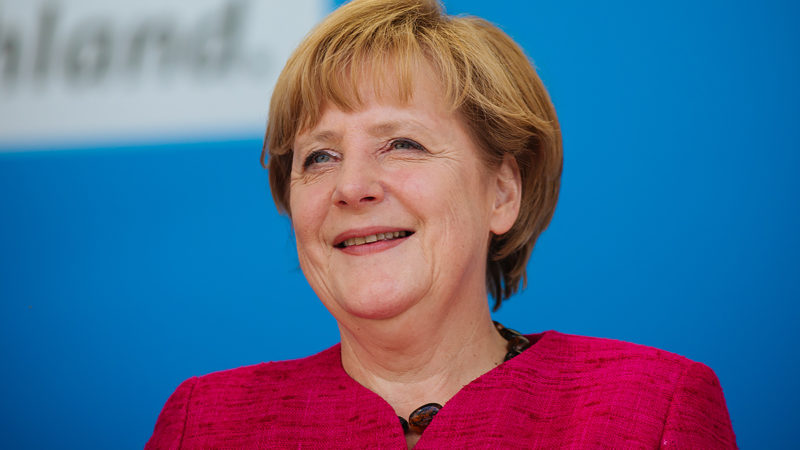 With just days to go until Germany heads to the polls, lampposts are filled with campaign posters containing photos of candidates from an array of different parties starring down at drivers and passers-by. One however sticks out more than others – that of CDU Leader, Angela Merkel, seeking a fourth term in office.

Her photo gives the impression of strong and stable leadership in a way that Theresa May could only dream of. But in this case it is genuine.

Having weathered criticism over her stance towards the refugee crisis just a few years ago, barring some miracle, Merkel is set to be returned to power, either continuing the grand coalition with the SPD, or forming a so called Jamaica coalition with the liberal FDP and potentially the Greens.

And while the far right, Alternative for Deutschland are expected to make an unwelcome appearance in the next German Parliament, potentially even as the main opposition, don’t be mistaken,  Frau Merkel is set to continue her position dominating the European Union.

For many of the  hard Brexiteers back in the UK, the prospect of a Merkel victory cannot come soon enough, arguing that once she is through the election, she will have to ensure the EU strikes a favourable deal with the UK. Those who do would do well to enter reality from the fantasy land they now inherit.

Firstly, Brexit has been mentioned hardly at all during the German elections, with hardening lines over potential Turkish entry into the EU, immigration and other domestic policy issues at the fore.

Secondly, one only has to see the words that she has shared with President Macron in France to see and understand that what will matter to Chancellor Merkel in her fourth term will be deeper integration within the EU, rather than deal-making with the UK.

Both have backed the idea of an Economy and Finance Minister being created for the Eurozone, in an effort to provide greater coherence across the bloc.  Merkel has also called for a new European Monetary Fund aimed at redistributing money within the euro zone area to where it is needed.

Add to that add the words of senior FDP politician, Michael Theurer, tipped as a potential Minister for the Economy in the next German Government that he does not expect fears from German business to translate into Merkel providing favours to the UK;  or indeed the words of Germany’s trade chief, Anton Börner, doubting Brexit will ever happen, and the conclusion becomes clear.

Having failed to give David Cameron the deal he wanted to win the Brexit referendum in 2016, Angela Merkel is not minded to give Theresa May, with her weakened hand in Parliament, a strong deal – whatever the Brexiteers around the cabinet in Whitehall might think.

Many of those who lead the campaign for the UK to leave the EU will be dreaming of Merkel’s return to power on Sunday, followed by an accelerated pace for talks over a Brexit deal that will give Theresa May all that she has called for.  Those that do so would do well to take a reality check, and a cold shower for such dreams will remain just that.

Ed Jacobs is a Contributing Editor for Left Foot Forward.