Whilst there's no money for nurses the health secretary found £44k for a new bathroom in the Department of Health. 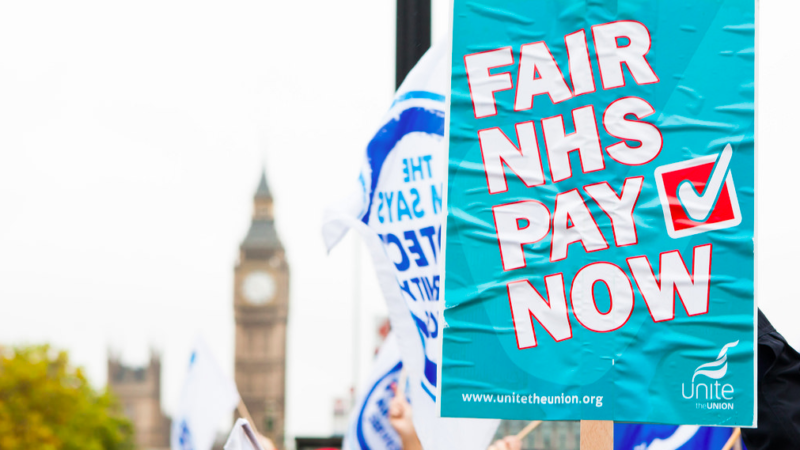 Over 90 per cent of NHS hospital trusts in England are not staffed to safe levels, new analysis by the Royal College of Nursing (RCN) has found.

Almost all of the 50 largest NHS hospital trusts are failing to achieve safe staffing limits, Janet Davies, general secretary of the RCN said at the weekend.

Hospitals are increasingly using unregistered support staff to fill the gap left by qualified nurses, raising questions about the quality of patient care.

Over half of hospital trusts have tried to cope with the crisis in nursing by bringing more unregistered support staff on shift.

The use of support staff in place of nurses is particularly prevalent at night, when two out of three hospital trusts said put more healthcare assistants on wards than planned.

Ms Davies, the head of the RCN, accused the government of encouraging ‘nursing on the cheap’ in comments made to the Times. She continued:

“Nurses have degrees and expert training and, to be blunt, the evidence shows patients stand a better chance of survival and recovery when there are more of them on the ward.”

“It is unfair on the healthcare assistant too – they should not be left in a situation they have not been trained to handle.”

The NHS is suffering a general crisis in staffing levels: there are currently over 40,000 unfilled nursing posts in England, whilst more nurses and midwives are leaving the profession than joining it.

A seven year real-terms pay cut for NHS workers in addition to a cut to nursing bursaries are causing this staffing crisis, the RCN have said.

Whilst health secretary Jeremy Hunt finds £44k for a new designer bathroom for his office in the Department of Health, the NHS is having to make £22bn of ‘efficiency savings’ leading to a staffing crisis. When will the hypocrisy end?