The president's nominees for the National Labour Relations Board have strongly anti-union records. 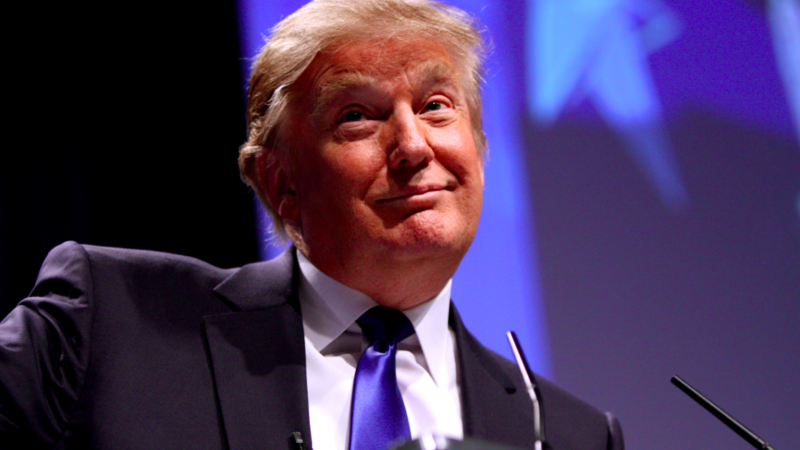 Despite empty promises about supporting blue collar Americans, Donald Trump is already attempting to undermine US unions — the defenders of the few remaining manufacturing jobs left in the country.

The fight hotting up in Washington is over the composition of the country’s powerful National Labour Relations Board (NLRB).

The NLRB deals with union legislation and complaints by unions and employers – notably on union organising issues.

The President gets to pick members of its board and past office holders have used this power to either try help organised labour or to damage the trade union movement; Trump’s appears to sit strongly in the latter camp.

The president has nominated two contentious Republicans, Marvin Kaplan and William Emanuel, to fill vacancies on the NLRB.

Both are lawyers who have track records of being anti-union. Emanuel is a shareholder in a law firm and has solely represented employers in industrial disputes; Kaplan, on the other hand, has never practised labour law.

If their appointments are approved by the full Senate, Kaplan and Emanuel will swing the five-person NLRB majority from Democrat to Republican.

Kaplan and Emanuel will, if endorsed, join existing NLRB members Philip Miscimarra, a Republican and the chairman, and Democrats Mark Gaston Pearce and Lauren McFerran.

The composition of the NLRB is so important because the body will handle proposed revisions to ‘Obama era’ legislation that on the whole strengthened U.S unions.

Under threat are: a ruling that gave graduate students at private universities the right to join a union; a ruling that made it easier to hold companies responsible for labour violations committed by contractors (notably fast food companies); and a rule that sped up the timetable for unionisation ballots.

The U.S. union umbrella organisation – the AFL-CIO – has voiced its opposition to Kaplan and Emanuel’s nominations.

“After reviewing their records and statements at their confirmation hearing, the AFL-CIO has concluded that we must oppose these nominees and urge the Senate to reject these nominations,”

Said an AFL-CIO letter to the Senate, outlining its objections to having Kaplan and Emanuel on the NLRB.

Neither Kaplan or Emanuel in the past or in their presentations to the Senate committee demonstrated any willingness to uphold the NLRB’s basic mission of protecting workers rights, the AFL-CIO protested.

The letter cited Emanuel’s track record of only representing employers and the union-busting history of the law firm where works, as well as his admission at his confirmation hearing that he has never once taken on the case of a worker or a union.

For Kaplan, the letter detailed his lack of labour law experience, noting that his only background is in drafting policies to weaken worker protections in the National Labour Relations Act.

Republicans argue that the NLRB was previously too favourable to unions under Obama and see the appointment of the two hard-right lawyers as redressing the balance.

Republican Senator Johnny Isakson said that the move would end the “partisan” composition of the NRLB and would “look out for both hardworking Americans and job creators”. “we are taking another step toward helping restore America’s economy”, the Senator said.

If Kaplan and Emanuel are confirmed by the Senate, the NLRB will shift right-wards, improvements to labour law seen in the Obama years will be lost and the US will likely face a new tranche of regressive union legislation.

One Response to “Trump is seriously close to undermining US unions”