The left of the party has to say it. Corbyn’s rhetoric on immigration is becoming a serious problem. 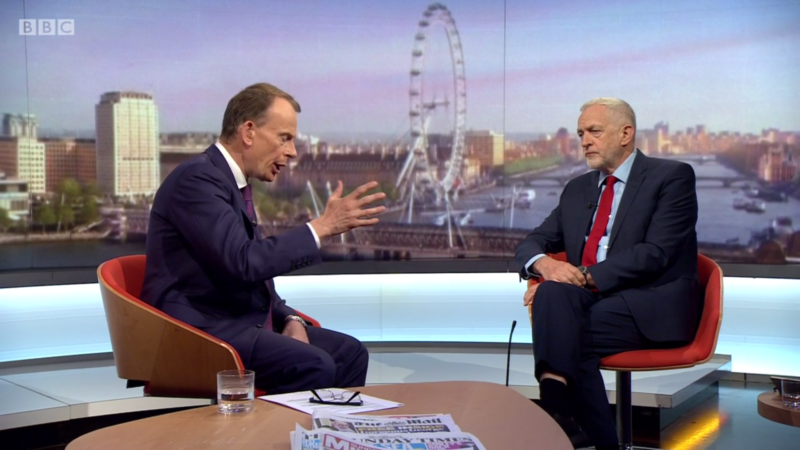 This week’s so-called ‘scandal’ around student debt is the latest in the misrepresentation of Corbyn. But while it’s right to point out when Labour are being misrepresented, we also need to listen and to be able to critique the leadership where necessary. And Corbyn’s rhetoric on immigration is becoming a serious problem.

In a recent interview with Andrew Marr, the Labour leader suggested that under Labour:

“What there wouldn’t be is the wholesale importation of underpaid workers from central Europe in order to destroy conditions, particularly in the construction industry.”

This follows him stating numerous times that freedom of movement now ‘obviously ends’. It seems to stand in contrast to past statements – John McDonnell back in December argued that migration was not to blame for low pay and bad conditions, and that in fact the ‘whole economy’ was the problem. Corbyn himself has said in the past he would be ‘relaxed’ about immigration figures rising, claiming that he would not ‘sow division or fan the flames of fear’.

Even in the same interview Corbyn does allude to companies being the ones that profit out of poor treatment of labour – but he doesn’t carry through into a focus on regulation, as opposed to curbing immigration. And while claims that Labour are now ‘hating’ on immigrants or dabbling in xenophobic language are overstated, by giving any credence to arguments about the negative role of immigration, Corbyn both lets down and alienates many who would otherwise look to Labour as a champion.

Abandoning freedom of movement and talking of basing immigration on our skills needs also ignores the needs of migrants – and reduces worth to a purely economic calculation. It also shifts focus from the employers and, on a macro scale, the policies that are really to blame for exploitation. Labour’s approach to immigration is at best muddled, at a time when our defence of freedom of movement should be clear and unequivocal.

So let’s be clear: most evidence suggests that, economically speaking, Britain is better off due to immigration. The evidence just isn’t there to support claims that migration has led to a deterioration in wages or working conditions, or a loss of jobs. That these myths seem to be sustained on little more than hot air is not surprising- what is, is that now the Labour leadership is dabbling in this rhetoric too.

Which brings us to the real issue: the problem when it comes to workers’ rights, conditions and pay is not freedom of movement – it’s the power of capital. Free movement of capital, with its ability to invest around the world and often exploit developing countries and their populations, has done far more both at home and abroad to destroy conditions and pay than freedom of movement has.

Domestically too, the ascendancy of the business class since the 1970’s and their intellectual consolidation behind neoliberal ideology has been behind the assault on unions, the financialisaton of the economy and the explosion in inequality, as increasingly the declining benefits of growth are concentrated in less and less hands.

Corbyn stems from a political tradition that has this understanding etched into its bones. Ultimately, if immigration did share a negative relationship with pay, conditions and employment in Britain (which, we must constantly point out, there is very little evidence for) then it wouldn’t be a fact inherent to immigration – it would be due to poorly regulated labour markets, a hallmark of the power business and the rich have on our democracy. When workers are exploited and conditions worsen, there is only ever one group to blame, and it’s not low-paid migrants themselves.

What makes this all the more baffling is that there is so little need for Corbyn’s comments: we have substantial, viable plans to improve pay and working conditions for the majority of the country, from a £10 an hour minimum wage to strengthening union rights and creating secure jobs. And Labour are doing fantastically in the polls. We simply don’t need to stoop to this level.

I joined the Labour Party in order to fight for a sort of politics that did away with lazy stereotypes and offered real, radical solutions to the problems we face, solutions that craft a better country for everyone. If we cannot create a dynamic, socialist political and economic system that works for everyone, including those forced to or who choose to come to this country, then we frankly don’t deserve to be in power.

Labour needs to rethink its emerging narrative on immigration – and ensure our focus is on the exploitation by capital. We’re better than this.

Bradley Allsop is a Labour member and PhD student studying youth political engagement at the University of Lincoln. Follow him on Twitter.

6 Responses to “Letter from a Corbynista: Labour needs to rethink its rhetoric on immigration”