Two new reports cast light on the ugly face of poverty in Britain, whilst at the top the richest 1,000 people in Britain increased their wealth last year by £82bn. 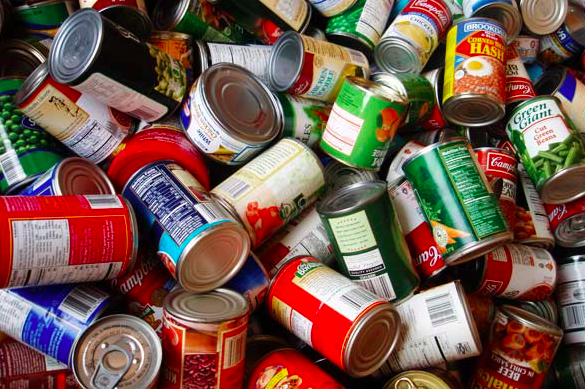 Two reports out in the last week show the shocking (and widening) gap between the haves and have-nots. We need to act now to stop the meteoric rise of poverty in Britain, says the head of the Equality Trust Dr. Wanda Wyporska.

Half of the children needing help from food banks are in primary school, research from the Trussell Trust found this week, whilst poverty is ‘driving people to chose between eating or keeping clean’, a report by the charity In Kind Direct found today.

The Trussell Trust, the UK’s biggest food bank network, provided 67,500 three-day emergency food packages to children from July to August last year. Incredibly, more than a quarter were under the age of five.

Kind Direct said last year they distributed a record £20.2m of hygiene products, a 67 per cent rise. The charity said there was a “hidden crisis” of hygiene poverty, where people have to make “stark choices” between food and other essentials.

These reports are a damning indictment of the failures of our economic and political systems. What is worse, is that this is happening in the world’s fifth largest economy.

Analysis by The Equality Trust found that last year’s increase in wealth for the richest 1,000 people in Britain, a staggering £82bn, could pay 56 years’ worth of grocery bills for all of the UK’s users of food banks, with almost a billion pounds left over.

The temptation is to write this off as a story of extremes. Yes, there are cases of people in need of food banks, but they are few and far between, right? Unfortunately, this is no longer the case.

Those with steady jobs and regular hours are increasingly being sucked into this nightmare through rising costs and stagnant wages. That’s why even nurses are visiting food banks and using services like In Kind Direct.

Another argument is that the extreme wealth and poverty we now see is natural, that inequality is simply a measure of differing talents and industry. Some are worth a fortune, some are not.

The problem with this is that it’s hard for many of us to believe a FTSE 100 CEO should be paid 165 times more than a nurse, or more than 300 times that of a care worker.

The absurd pay packets doled out by remuneration committees, and the very fact these pay decisions are separated from decisions on wider worker pay, shows how executives are often viewed as talent to be nurtured, while the rest of us are a cost to be reduced. Pay at the top is hardly indicative of a functioning market.

Unfortunately, successive Governments have turned a blind eye to the country’s inequality, despite a wealth of evidence on its pernicious effects.

More unequal countries such as ours suffer from higher rates of violent crime, poorer educational outcomes, and worse physical and mental health.

Research out today even suggests the huge rise in inequality in the 1980s was at least partly responsible for a rise in drug related deaths.

To accept this is to accept a diminished country, dogged by unnecessary social ills, plagued by pointless suffering, and indifferent to the lost human potential of huge swathes of the population.

There are significant measures that can be taken to reduce inequality to more reasonable levels, and to make sure children are not going hungry or lacking other essentials to living.

A drastic and comprehensive overhaul of our taxation and social security system is essential, including the replacement of regressive taxes such as council tax, with, for example, a progressive property tax.

Most importantly, The Equality Trust is calling for the Government to introduce an Inequality Reduction Strategy that ensures greater equality is at the heart of all government decisions.

We can build an economy and society for the many, not the few, but it will take a change in mind-set from our political leaders, and a healthy dose of political courage.

Dr. Wanda Wyporska is the executive director of The Equality Trust. She tweets here.

2 Responses to “We’re becoming a country of food banks and Ferraris, but it doesn’t have to be this way”