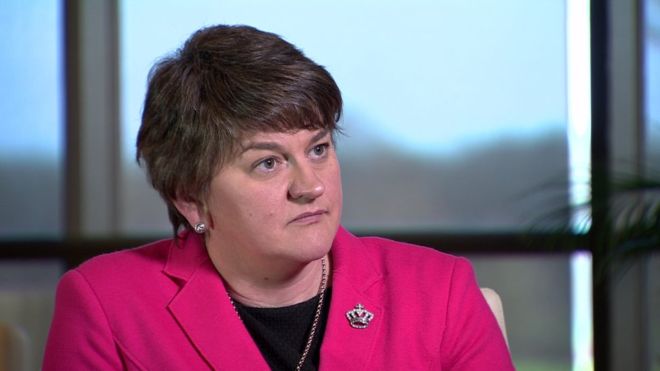 Theresa May has announced that she will form a government with Northern Ireland’s Democratic Unionist Party, meaning that the most regressive and socially conservative party in Britain is about to form part of its government.

This is the real coalition of chaos.

Lots of people won’t know much about the DUP, so here are a few of their worst policies in recent years.

The fact that women in Northern Ireland have no right to an abortion has a lot to do with the DUP. They have opposed any attempts to liberalise the law on reproductive rights, forcing thousands of Northern Irish women to travel for terminations elsewhere, or to rely on abortion pills bought online.

The Northern Irish assembly has repeatedly voted to allow same-sex couples to marry in recent years, but the DUP has used a veto mechanism to prevent any law coming into effect.

DUP leader Arlene Foster is mired in scandal in Northern Ireland, having overseen a government programme that spectacularly misused public funds. As environment minister, she introduced a renewable energy scheme that subsidised the use of pellet-burning biomass boilers for energy. Unfortunately, she neglected to put an upper limit on the pay-outs, leading to reports of farmers getting paid to heat empty sheds. The projected overspend was at least £400m.

While climate change scepticism is not official party policy, the DUP did once appoint a denier as Northern Ireland environment minister, and it counts a number of creationists among its senior members. The party’s manifesto for this election made no mention of the environment or climate change.

Northern Ireland voted to Remain in the EU with a majority of 56 per cent to 44. The DUP was the only major party to back Leave, despite the obvious threats Brexit poses to the Northern Irish economy, the peace process and the border with the Republic of Ireland. In government, they would ally themselves with the hard Brexit wing of the Tory party.

May will be hoping that public ignorance of their policies and history will prevent any significant backlash. But progressives know that we are now facing an even more regressive government than the last one — and that it must be held to account at every turn.

10 Responses to “Who are the DUP? Extreme social conservatives who have blocked gay marriage and abortion in Northern Ireland”