How will the new government's first major task play out? 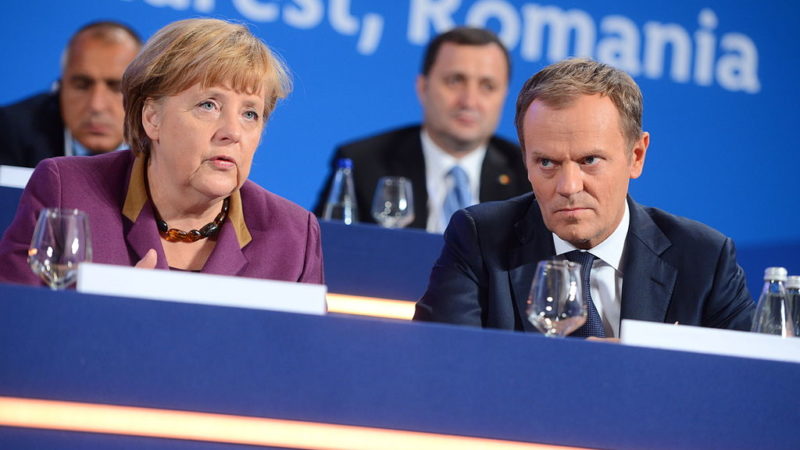 The first item on the government’s agenda after the election will be the launch of the negotiations on leaving the EU. Opponents of the Conservatives are inclined to believe that Theresa May would not be up to the task of negotiating Britain’s new relationship with the EU. They believe she will be rolled over by the well-prepared, super-efficient Brussels machine.

The first proposition is probably true. The second is not. I say that for three reasons. Firstly, Europe’s bureaucracy is staffed by the brightest and best, by highly capable, knowledgeable men and women, but they are not the ones running the EU. Europe is run by politicians. Secondly, most senior politicians are from centre-right parties which were once allied to Britain’s Conservatives. Finally, these politicians have a track record of taking seriously bad policy decisions.

The British press likes to represent Jean-Claude Juncker and his colleagues as bureaucrats. In reality the members of the European Commission are politicians (though ironically, Britain’s current commissioner is a career civil servant.) The normal qualification for appointment to the Commission is senior ministerial experience. Most members of the current Commission have served in their home country government, and four are former prime ministers.

Half of the Commission are from centre right parties which belong to a Europe wide organisation known as the European People’s Party (EPP). Britain’s Tories were also part of the EPP until 2009 when David Cameron made good a promise given when he stood for the leadership of his party. Juncker was elected as Commission President when the EPP topped the poll for the European Parliament in 2014. (See Table 1)

The power in Brussels lies not just with the Commission but with the European Council. The regular summits of the heads of government set the political direction and take the most important political decisions. It has its own president, Donald Tusk, the former prime minister of Poland and a member of the EPP. The EPP is again the largest group, but there is stronger representation of other political tendencies. (See Table 2)

Understanding that the EU is run by politicians and not bureaucrats, and by politicians of the right, helps to explain the right-wing nature of EU policies. ‘Lexiters’ complain about the EU’s attachment to neo-liberalism, portraying it as intrinsic to the European project. The reality is that the EU has tended to follow the political philosophy of its dominant political group. The shift to austerity in 2010, for example, was not a bureaucratic judgement but the political choice of Europe’s largely right wing political leadership.

The key EU figures in the Brexit negotiations, Donald Tusk, Jean-Claude Juncker, Michel Barnier and Angela Merkel, are all conservative politicians from parties allied to the EPP.

On 15 June, European ministers are due to meet to discuss the release of the next slice of loans to Greece, following a round of €4 billion in cuts and tax rises. It is a reminder that after seven years the Euro crisis remains without a resolution.

The disastrous decision was taken in 2010 when the European Council opted to make ‘the largest loan ever in history … to the most insolvent state in the eurozone,’ as Yanis Varoufakis has described it. Lending money to a bankrupt is never a good policy. The many policy errors which make up the Greek tragedy are well documented, for example by Phillipe Legrain, a Commission insider at the time, and the FT’s Martin Sandbu.

With the Brexit negotiations in prospect, we should by all means be critical of Britain’s Tories, but we should not let Europe’s Tories off the hook.

One Response to “Brexit will be negotiated by Europe’s Tories”