The employment rate is rising but real wages are falling 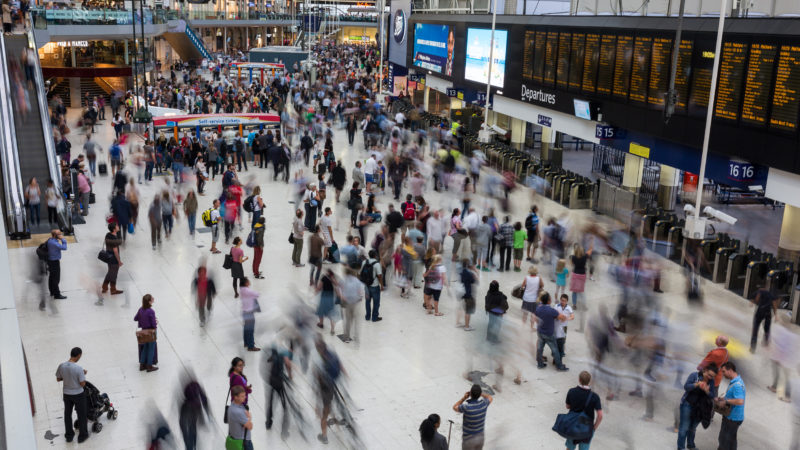 Labour market statistics for the first quarter of 2017 were released by the ONS this morning, revealing a strange and troubling picture of employment in the UK.

As Duncan Weldon of the Resolution Group put it, ‘step back, pause for a moment and some of the charts in the latest ONS labour market stats are astonishing when you think about them.’

So let’s step back and have a look.

This is the message you’ll be hearing from the Tories. The UK employment rate has continued to climb and unemployment is at its lowest since 1975. 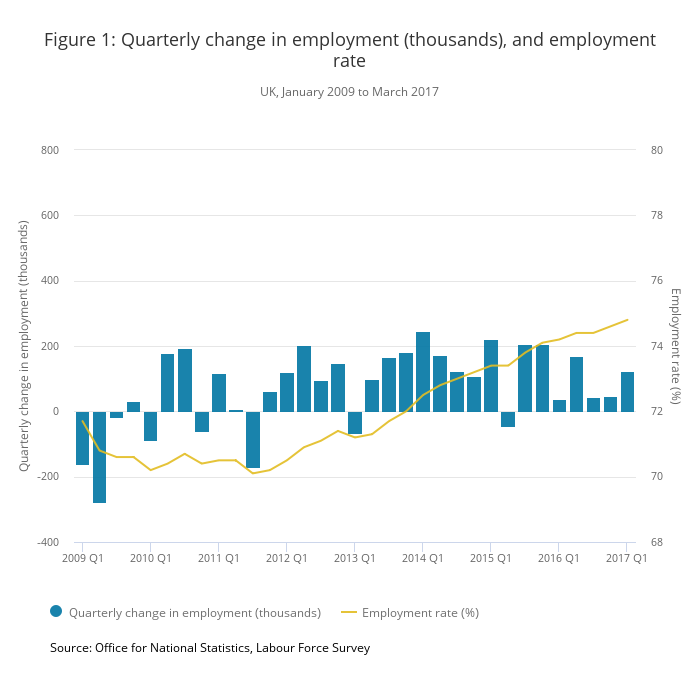 Britain’s workers are facing a pay squeeze, as their wages fail to keep up with the rate of inflation. Real earnings fell by 0.2 per cent in the last quarter. 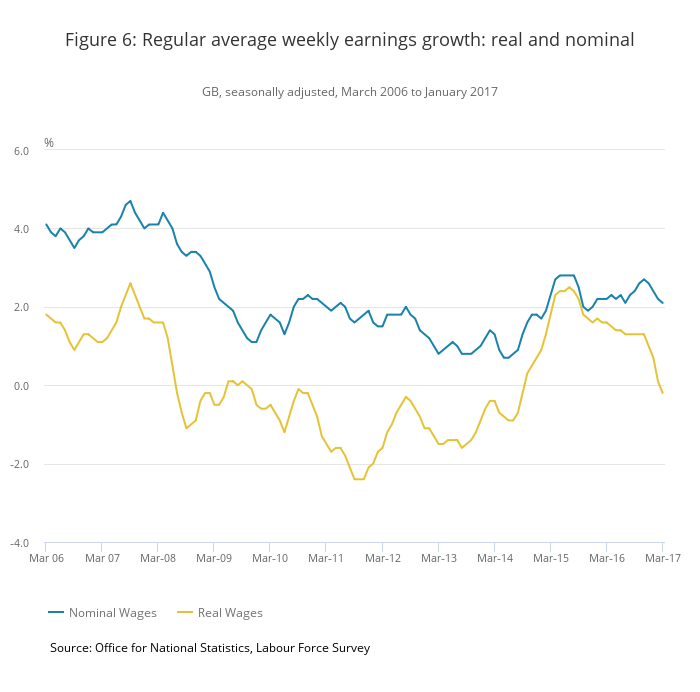 Today’s figures are part of a much bigger picture. Since the financial crisis, real earnings have increased by just five per cent, 10 per cent lower than would have been predicted pre-crisis. And based on the current earnings, employment and inflation data, the IFS predicts that ‘there will be no real growth in median income over the next two years, and only modest growth thereafter.’ 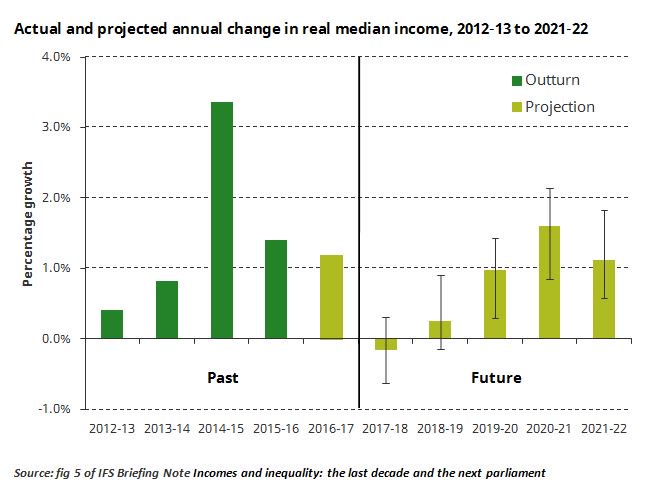 Based on these calculations, wages in 2021-22 will be more than 15 per cent below where what might have been predicted pre-2008 — equivalent to an average of over £5,000 per household per year.