A major review of modern employment publishes its recommendations next month 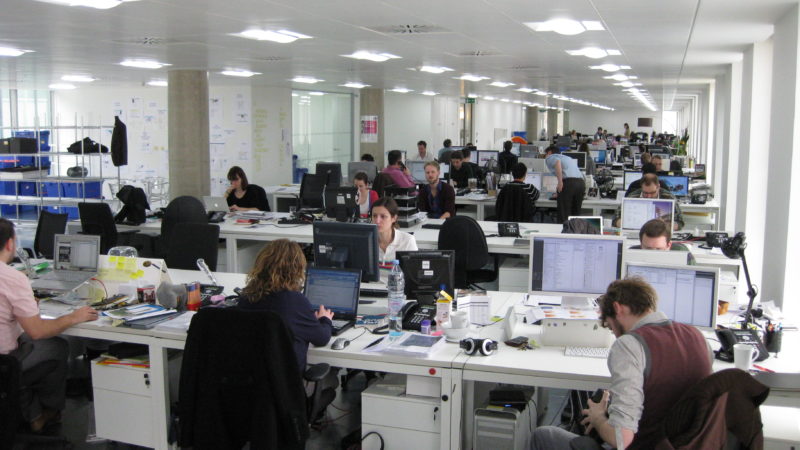 What is happening in the world of work is understandably an issue in the general election. But it is worth remembering that last year the Conservative Government commissioned an Independent Review of Employment Practices in the Modern Economy which will publish its recommendations next month.

Unite’s evidence to the review not only highlighted some problems and how trade unions have played a role in challenging them (such as in Sports Direct), but also where we have worked together with employers to deliver more successful and secure working environments.

It is welcome that Matthew Taylor, who is leading the review, has recognised that too many workers feel that they lack control or voice in the workplace. Trade unions and collective bargaining are an important part of addressing the imbalance of power that exists in work and need to be part of the policy response in addressing the challenges of the modern economy. I have previously pointed out that the most glaring omission from the last Government’s Industrial Strategy Green Paper is worker voice and trade unions.

The UK is seeing a growth in precarious work. TUC analysis shows that up to 3.2 million workers are in insecure work such as zero-hours contracts, temporary or agency work, and low-paid self-employment, and that on current trends this could rise to 3.5 million.

The House of Commons Work and Pensions Committee inquiry into self-employment and the ‘gig economy’ reported that:

“The apparent freedom companies enjoy to deny workers the rights that come with ’employee’ or ‘worker’ status fails to protect workers from exploitation and poor working conditions. It also leads to substantial tax losses to the public purse, and potentially increases the strain on the welfare state.”

Everyone should be able to gain access to decent rights at work. Existing rights should be extended to all those in work, not only those who qualify for ‘employee’ status. This should include creating a legal presumption that everyone qualifies for the full set of employee rights, placing the onus on the employer to prove that this is not the case.

Government must also make sure that those rights can be realised effectively. This includes abolishing Employment Tribunal fees and ensuring that enforcement agencies are given sufficient resources to deal with employment abuses.

There is also a need to distinguish between genuine self-employment and false or bogus self-employment. Unite is aware of agencies attempting to force workers into so-called ‘umbrella companies’ to off-load National Insurance Contributions and other benefits to the detriment of the worker and has called for them to be outlawed along with other forms of bogus self-employment.

On zero hours contracts we have called for a ban on their use and highlighted the precedent set in New Zealand where implementation of legislation has meant that large, multi-nationals, who also operate in Britain, have moved to fixed shifts and hours. There is no reason why the same cannot work here.

Steps should also be taken to constrain the use of agency workers.  Resolution Foundation analysis finds that working for an agency carries a ‘pay penalty’ of 22p an hour and that, whilst it suits some workers’ needs, a significant number want more, and for many it offers a ‘raw deal’. Policy needs to ensure that agency working does not become ‘an enduring form of precarious work’.

The use of agency workers should be limited to the occasions that they are necessary and for short periods. The so-called ‘Swedish Derogation’ should be removed from the Agency Worker Regulations to ensure that employers cannot use agency workers to undercut the pay and conditions of other workers.

Another of the challenges facing the modern economy is automation.  Andrew Haldane of the Bank of England has said that up to 15 million jobs in the UK could be at risk of automation over the next couple of decades. Others have highlighted how we are failing to properly value the jobs humans are good at.

To avoid the worst case scenarios, workers and their unions must play a central role in the implementation of new technology and share of the rewards. As others have noted, an appreciation of the crucial role of labour bargaining power is missing from today’s debate about the ‘march of the robots’.

Finally, there’s pay. Unite believes that low pay is a drag on productivity. The break-up of sector wide collective bargaining has meant a decline in economic planning, the consumption power of workers and the ability to ensure ‘work pays’. Employers have increasingly been forced to compete on cost rather than productivity and quality as they bid to undercut each other on wages.

A modern economy must consider how national sector bargaining can be rebuilt for the 21st century. Government should introduce new sectoral bodies bringing together unions and employers to negotiate pay, conditions, progression and training. In addition, ACAS should have its duty to promote collective bargaining restored and fair wages resolutions should be re-introduced in public procurement establishing a wage floor on the basis of the relevant collective agreements.

Workers need to be able to organise for better pay, conditions and rights at work. Unions should have a right to access workplaces to explain the benefits of joining a union and all workers should have the right to be represented by unions in the workplace.

While trade unions themselves need to rise to many of the challenges in a modern economy, it is important to realise that they do not operate in a vacuum and that public policy has an important role to play.

John Earls is Head of Research at Unite the Union