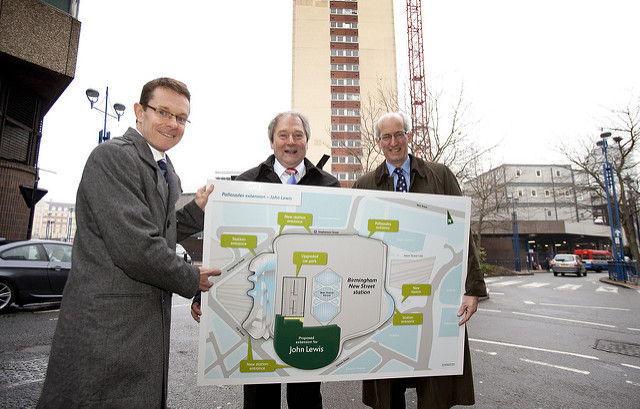 A few weeks ago, campaigners warned of a looming ‘diversity crisis’ in our democracy. Just one of the six powerful new ‘metro mayor’ roles was likely to be a woman.

Last Thursday, we were proved wrong. But not in a good way. Not a single one of the new ‘metro mayors’ is a woman.

The problem goes deeper than just the top. Parties have totally dropped their guard when it comes to diversity and democracy in recent years. While the cameras remain on Westminster, our Town Halls have been leaving much of the public totally unrepresented.

The mayoralties are just one part of the picture. Last month we predicted 93% of the most powerful roles in the new metro-mayor authorities would be controlled by men. Turns out it’s actually 95%.

That’s partly because of the new mayors. But it’s also because the new bodies they’re creating around them are made up of local council leaders: nearly all of whom come from one demographic (you can guess what that is).

Why is it important? In different ways and to different extents, these figures will be making big decisions on local services over the next four years, at a tough time for local government.

Priorities will be set and hard choices made, including about what to cut and what to save, which will affect millions of people.

It matters, therefore, who those people are – and that they represent the range of backgrounds and experiences we have in this country.

We’re not just talking about women here, either. Just one of the cabinet members of all six ‘Combined Authorities’ is from a Black and Minority Ethnic  background. What message does that send out to young people from ethnic minorities? For a supposedly modern democracy, it’s a pretty shoddy state of affairs.

So the lay of the land after Thursday suggests these institutions risk magnifying the problems that already exist in local government. Representation is one part of it.

The other is that three of these regions will now be entrenched, effectively, as ‘one-party states’ – with the new mayor held to account (somewhat dubiously) by their own party comrades. Risky business.

This should set alarm bells ringing for anyone who believes in decent scrutiny – particularly when these mayors are wielding huge budgets, and significant powers, including over the NHS (with a £6bn budget on that alone) in the one-party region of Greater Manchester.

So it’s concerning to see the most powerful positions in these new authorities being dominated by the ‘usual suspects’. These bodies can’t be allowed to be the preserve of the old boys’ club – with the new mayors and cabinet members often being the same as those who previously had power, only with less accountability.

We have a disaster for diversity on our hands. But it doesn’t have to be like that next time.

While all eyes have been on diversity in Westminster, our town halls have gone under the radar – and have become black holes for fair representation.

Parties should take urgent action now towards equal gender representation for the councils that make up combined authorities – including steps to ensure women who are elected reach leadership positions.

This doesn’t have to be inevitable. Just as we saw women’s representation in the Commons go from a paltry 9% to double that five years later – and now 30% today (still poor – but a jump nonetheless) – if there’s pressure on the parties to make an effort, including media attention, then they do up their game.

English devolution doesn’t have to be a diversity desert. For the sake of faith in politics as much as anything, let’s make sure it changes.

Katie Ghose is Chief Executive of the Electoral Reform Society