We need a Brexit that gives back control 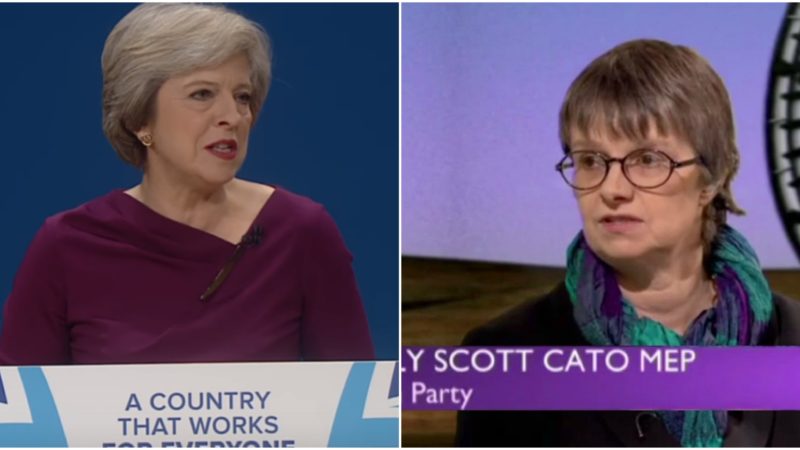 Theresa May’s announcement that she is to hold a snap election shows our country is moving  towards an Orwellian post-Brexit future. In her speech outside Number 10 she might as well have said: The country is coming together to take back control, but some are taking back more control than others.

By pouring scorn on any opposition in both houses of Parliament; ignoring the voices of the millions who didn’t vote to leave the EU and those who have warned of the consequences of a hard Brexit, she is effectively stifling any further debate. Essentially May is asking the nation to give her a blank cheque: Brexit means whatever a Tory government says it means.

And the small print on the back of this cheque is becoming clear: invoking delegated, or Henry VIII, powers, which would enable the government to make and agree post-Brexit laws behind Parliament’s back; the Great Repeal Bill, ostensibly proposed to enable EU law to be transplanted into UK law but actually allowing the government to replace laws which the right like to refer to as ‘red tape’ — environmental standards, workers’ rights, consumer standards and the like; and replacing the politics of consensus between EU nations with hostile language, whether it be the threat of gunships to solve a dispute about Gibraltar or the threat of creating a tax haven if you cannot get your way on trade deals.

May has argued the country needs this election to guarantee certainty and stability for the years ahead. But the timing of this election reveals it is for exactly the opposite reason. When the true implications of leaving the EU become clear and the chaos of Brexit unfolds, the last thing you want to deal with is an election.

The prime minister effectively acknowledged this, saying that negotiations with the EU will reach their most difficult stage in the run-up to the next scheduled election. She could have added that it would also likely coincide with plummeting popularity both for the idea of Brexit and her own government.

Of course the timing also has everything to do with Labour. To borrow a further Orwellian Animal Farm analogy, ‘several of them would have protested (about the pigs taking control) if they could have found the right arguments’. Brexit has weakened and divided Labour like no issue since the Iraq war, providing the perfect window for the Tories to consolidate their power.

The Tories have also successfully stolen UKIP’s clothing. Or, to paraphrase Orwell again, we look from UKIP to Conservative and Conservative to UKIP but it is impossible to tell which is which.

So this decision to hold an election now is a political manoeuvre. It has nothing to do with the best interests of the country; it has everything to do with a Tory power grab.

The government’s behaviour since the referendum result has reinforced just how valuable the EU project is at maintaining peace between nations and advancing more representative democracy. Severing ourselves from the EU in the manner envisaged by May and her Brexiteer cabal actually undermines our democracy.

We don’t need a Brexit which takes back control; we need one that gives back control. This is why Greens have proposed a Great Reform Bill rather than a Great Repeal Bill. Giving powers back to people by introducing a fair and proportional election system; reforming the House of Lords so it is more representative not just a chamber stuffed full of political cronies and wealthy elites; and a written constitution.

It is also why we propose a ratification referendum at the end of the two-year article 50 process, providing the British people with a real choice on our future; a say on whether or not they support the deal agreed between the UK and the EU.

One of the great tragedies of Brexit is we are leaving a block of nations where such democratic structures already exist. Almost all EU nations have a system of proportional representation and a written constitution. Indeed, I was elected to the European Parliament under a system of PR.

Such systems encourage consensual multi-party democracy and enable smaller Parties to be fairly represented. They also work to block fascist and nationalist forces, which have been on the rise across Europe. The recent Dutch elections are a case in point, where Greens gained over 10 per cent of the vote, helping to prevent the far right gaining power; the next government of the Netherlands will be a coalition which will need to work by consensus to be effective.

Towards the end of Orwell’s Animal Farm, the sheep bleat: four legs good, two legs better, drowning out the chance to utter any protest.  The Tories mantra seems to have become, Brexit good, hard Brexit better.

Now is the time for progressives to abandon tribal politics; to unite and cooperate to stop the Tories wrecking Britain and for us all to push for genuine democracy.

See: Progressives must demand that the parties of the Left work together in this election campaign

4 Responses to “This election is a step on the road to an Orwellian, post-Brexit future”