The former chancellor will stay on as MP for Tatton 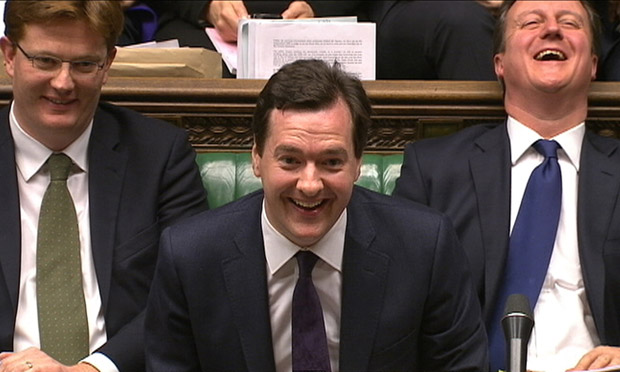 Did you think this week couldn’t get any stranger? You were wrong.

George Osborne has been announced as the new editor of the Evening Standard, and will stay on as MP for Tatton. Because nothing says rigorous, independent journalism like hiring a deeply ideological former chancellor.

And nothing says political integrity like taking on an extremely taxing full-time job while still claiming to represent your constituents.

“I am proud to have an editor of such substance, who reinforces The Standard’s standing and influence in London and whose political viewpoint – socially liberal and economically pragmatic – closely matches that of many of our readers. George is London through and through and I am confident he is the right person to build on the fantastic legacy of Sarah Sands.”

“I am proud to be a Conservative MP, but as editor and leader of a team of dedicated and independent journalists, our only interest will be to give a voice to all Londoners. We will be fearless as a paper fighting for their interests. We will judge what the government, London’s politicians and the political parties do against this simple test: is it good for our readers and good for London? If it is, we’ll support them. If it isn’t, we’ll be quick to say so.

So much is now at stake about the future of our country and its capital city. I will remain in Parliament, where that future is debated. I was elected by my constituents in Tatton to serve them and I intend to fulfil that promise. I remain passionate about the Northern Powerhouse and will continue to promote that cause. Right from the first speech I gave about the North of England, I’ve said that London needs a successful north and the north benefits from its links to a global city like London. It’s not a zero-sum game, but quite the opposite.”

While the massive conflicts of interest should be at the forefront of our minds, it’s also worth noting that there’s no evidence Osborne will be anything other than a terrible journalist.