Britain is an 'authentic nation' and the rest are imagined 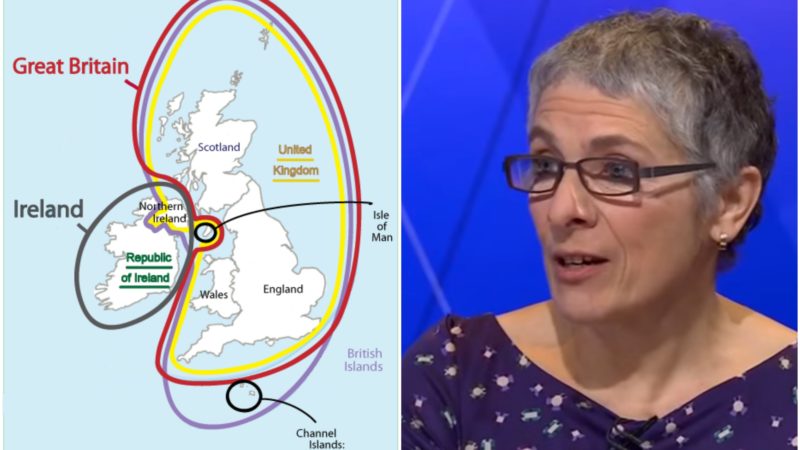 In 1983, Benedict Anderson famously declared that nations were ‘imagined communities’. In 2017, Melanie Phillips has taken that to mean that a nation is whatever she wants it to be.

And so, in today’s Times, she concludes that ‘Britain is a nation with the right to rule itself’, while Scotland, Wales, Northern Ireland and even the Republic of Ireland are wannabe pretenders, whose claims to nationhood are no more than ‘cultural phenomena rooted in romanticism and myth and hatred of the other in the form of the English or the Protestants.’

As ever, Phillips’s analysis is so incoherent that it defies clear rebuttal. The EU’s alleged attempts at ‘reducing nations to the status of provinces’ is bad, but the non-existent nation of the ‘ancient British Isles’ must claim supremacy over all its constituent parts.

Arguments for the unification of Ireland are ‘tenuous’ because ‘Ireland itself has a tenuous claim to nationhood, having seceded from Britain as the Irish Free State only in 1922.’ The Irish government would probably have a thing or two to say about that.

And you would think that the logical extension of her argument is that Northern Ireland — as unionists there claim — is intrinsically British. But no, Phillips clarifies:

“The Unionists hate this being said but they are not British. They’re the bit that got tacked on to Great Britain to make the UK.”

As for Wales, it’s simply a bit of land with a language, having ‘lost its separate identity’ when it was ‘subsumed into the English legal system by Henry VIII’.

“Faced with the contemporary resurgence of regional or tribal uprisings, it’s the ancient British Isles that must hold itself together to take its place once again as a sovereign nation in the wider world.”

Given that the Republic of Ireland will be one of Britain’s key negotiating partners in the Brexit talks, denying its existence and reducing its people to a ‘tribe’ seems a particularly foolish and counter-productive.

Since Northern Ireland has, for the first time in its history, has just elected more nationalists than unionists to Stormont, deeply offending the nationalist community seems reckless from a unionist perspective, and dangerous given the precarious state of the peace process.

And with the SNP threatening a second independence referendum, anyone with a genuine concern for the union would surely avoid gratuitously insulting Scots.

It’s almost like Phillips’s motivation isn’t political at all, but rather with promoting her own reputation as a professional outrage-bot.