Bosses are trying to 'maximise profit on the back of insecure work', Roache tells MPs 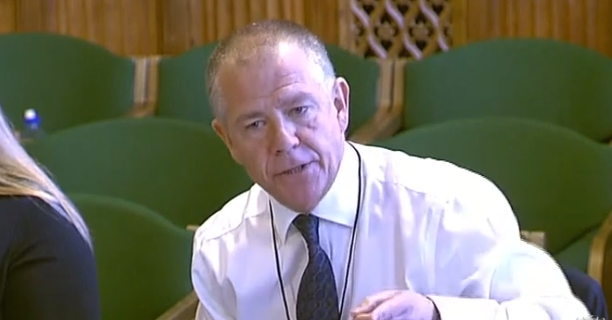 GMB General Secretary Tim Roache has called for a cap on agency workers to stop bosses using them to ‘maximise profit on the back of insecure work’.

Speaking to MPs on the Business, Energy and Industrial Strategy Select Committee, the trade union chief said firms like Sports Direct and Asos are exploiting short-term contracts ‘on an industrial scale’.

He said the practice has become a business model to create a permanent workforce of people with no rights or protections.

“The idea that companies are using agency labour to meet short-term demand is thoroughly undermined when we see the volume of agency workers big brand names are now rely upon as a matter of course.

There is absolutely no reason why a decent employer would keep staff on an insecure contract with inferior rights if it’s not to make a fast buck and take zero responsibility.”

“A cap on the number of agency workers a company can use and making sure they are transparent in doing so is the minimum the government can and should start with.

Employing agency workers on an industrial scale has become a business model for some companies, but someone always has to pay, be it the individual, the government to the tune of billions in tax credits and other benefits, or the economy.

When you start to piece together the national picture – agency work, bogus self-employment, zero hours contracts and the gig economy – you start to see an image of working Britain that is just not acceptable in the twenty first century.”

Roache concluded: ‘Working people deserve dignity in their work and in their lives, the ability to plan for the future, to know where their next pay cheque will come from.

‘All this is possible, but the government needs to take action to make it so.’

You can watch him give evidence to the Select Committee here.

GMB supports a cap on the number of agency workers a company can have on the books at any one time.

The union is also calling on the government should force companies to publish what proportion of work is done by agency workers.