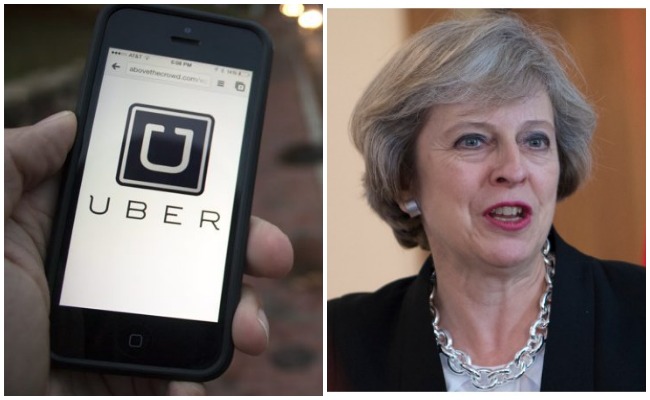 Theresa May should invite Uber drivers to Downing Street for ‘tea and biscuits’, says the GMB trade union, after the tech firm’s cosy relationship with the last Prime Minister was revealed in a Daily Mail exposé.

David Cameron intervened in late 2015 against moves by then London Mayor Boris Johnson to clampdown on Uber’s business practices, according to senior sources and Freedom of Information requests.

The Mail noted various criticisms of the taxi service, but left out it’s shortchanging drivers on basic workers’ rights by defining them as ‘self-employed’.

“GMB Uber Drivers need the government to come clean about its cosy relationship with Uber.

While our members are on the outside of the Westminster bubble calling for change so that they can make a decent living – enforcement of the minimum wage, basic workplace rights for example – Uber seems to have working with the government to stack the deck, which is a bit rich given they’re not huge fans of paying their taxes.”

She noted GMB members won a ‘damning verdict’ against Uber in an employment tribunal to prove they are workers entitled to full rights, though Uber is appealing the decision.

“If Number 10 would like to invite GMB Uber drivers in for tea and biscuits to discuss putting the gig economy on the same even playing field as other similar companies who comply with the law in this country, I’m sure they’d be more than happy to oblige.”

2 Responses to “Theresa May should invite Uber drivers for tea in Downing Street, says GMB”