Galloway's record debunks his reputation as a friend of Asians, Arabs and Muslims 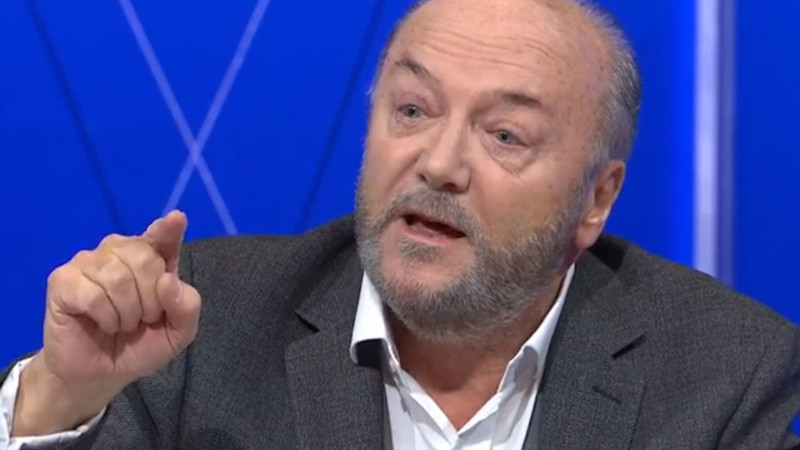 The former UKIP donor and fellow Brexiteer, who bankrolled Galloway and Farage’s ‘Grassroots Out’ Leave campaign, is boosting Galloway on his ‘populist’ blogsite Westmonster, with a regular ‘byelection diary’ as a platform for Galloway’s candidacy.

In his opening salvo, making his pitch to Gorton voters, Galloway writes:

“My 40 year relationship with Pakistan and Bangladesh my 40 years with the Arabs mean I can speak the language. I can talk the talk but I also walk the walk.”

First, imagine any other politician saying this and it not being a national scandal, as well as the subject of merciless ridicule. (‘The Arabs’? Which Arabs? And which ‘language’? Mancunian?) This is typical of the free pass Galloway gets on the back of his reputation as a ‘maverick’ or ‘rebel’.

Second, consider the outrageous nature of the claim, and it’s blatant falsehood in light of the facts.

For starters, Galloway has never been a champion of any of his constituents, whether Asian, Arab or any other. Hidden in his boasts of having been ‘six times elected to parliament’ is that once people get a good look at him, they promptly boot him out of office.

Galloway has lost more elections than he won since being expelled from the Labour Party in 2003 for inciting violence against British troops, (many of whom, incidentally, are Asian and Arab).

In the London Mayoral election last year, Galloway came seventh after UKIP and the Women’s Equality Party, with 1.4 per cent of the vote.

He won in Bethnal Green and Bow in 2005 by a margin of two per cent. In 2010 he came third in Poplar and Limehouse behind Labour and the Tories, with 10,000 votes fewer than Labour’s Jim Fitzpatrick.

The Respect candidate in Bethnal Green and Bow also came third to Labour’s Rushanara Ali, who was re-elected in 2015 with an increased majority. This was a clear rejection of Gallowayism in London’s East End.

This is hardly surprising given his neglect of the people who voted for him in favour of vanity projects and media work. His lack of attendance in Westminster was a running joke among MPs, speaking in just four debates and voting in a mere 11 per cent of votes in parliament in his last year on office.

So much for his promise today to represent his constituents in parliament – and so much for his reputation as an electoral wizard.

To the other great myth about Galloway, that he is ‘pro-Asian’, ‘pro-Muslim’ or ‘pro-Arab’, the evidence is all the other way.

By his ‘relationship with Pakistan and Bangladesh’, Galloway must mean his alliance with supporters of Jamaat-e-Islami, the South Asian fascist party which collaborated with the Pakistani army to conduct a genocide in Bangladesh in 1971.

That’s not ‘pro-Asian’ or ‘pro-Muslim’, unless you identify all Asians and Muslims with religious fundamentalism and mass murder. (The genocide was halted by an invasion by India, so Galloway is well-covered in crossing British Asians, who have a long memory.)

As to ‘the Arabs’, where does one start? Perhaps with Galloway’s warm and long-standing relationship with Iraqi dictator Saddam Hussein, who murdered, tortured and gassed to death hundreds of thousands of Arabs and Kurds?

His support for Al Qaeda in Iraq, the forerunner of ISIS, whose murder and torture campaign he likened to the French resistance? (For the record, he didn’t just ‘oppose the war in Iraq’ – he supported first the dictator and then the jihadists.)

His praise for Syrian dictator Bashar al-Assad, of whom he said in 2005, ‘Syria is lucky to have Bashar al-Assad as her president’? His taking money to host shows on Kremlin propaganda outlet RT while Russia carries out massacres of Syrian Arabs on behalf of Assad?

Again, this is not ‘pro-Arab’ or ‘pro-Muslim’, unless you identify all Arabs and Muslims with genocidal dictators and terrorists.

Yet the myth persists, and Galloway has used this cover to smear his minority-ethnic opponents as somehow inauthentic, from Oona King to Imran Hussein to Naz Shah. At a campaign rally in 2012, he threatened voters with hellfire if they voted for anyone else. Yes, really.

Even today the innuendos continue, as Galloway delcares that an ‘all-Asian shortlist hand-picked by Keith Vaz’ – a reference to the five Labour nominees – ‘is just not good enough for the people of Gorton’. I hear at least three dog whistles blowing at the same time.

Galloway’s latest alliance over Brexit with Nigel Farage and Arron Banks really ought to be enough for the good people of Gorton to send him packing. Twenty-nine per cent of the constituency is Asian, while over 60 per cent voted to Remain in the EU.

But Galloway’s record on ‘matters local, national and international’, as he puts it today, make nonsense of his phoney reputation as a friend of minorities or human rights.

Galloway is more like a colonial officer stirring up ethnic and religious hatred for divide-and-rule, and backing the most reactionary forces among minorities for as long as it suits his ends.

Colonial politicians demand old school resistance, and the people of Manchester Gorton ought to ‘chase this crazy baldhead out of town’.

See: George Galloway used 7/7 bombings to vindicate his politics – on the day of the attack