Her attack on the Dubs amendment is off historically - and morally 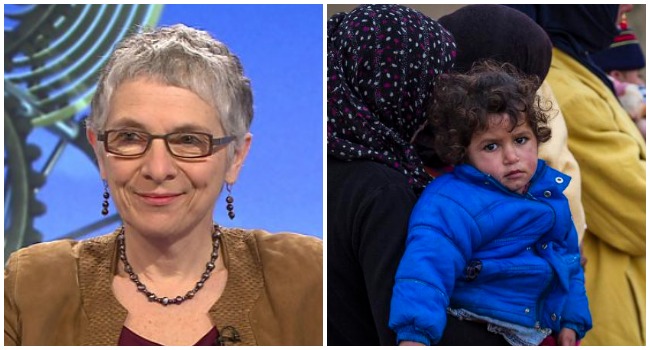 Melanie Phillips is ‘appalled’ by any analogy between Lord Dubs’s amendment, which would have given sanctuary to unaccompanied child migrants in Europe, and the Kindertransport, ‘when Britain took in nearly 10,000 mainly Jewish child refugees from Nazi Europe.’

Sadly (and typically), her argument and use of history, made in her latest Times column, are muddled to the point of nonsense.

As Phillips correctly says, the Kindertransport was both ‘a magnificent act of altruism and decency’ and ‘a fig leaf to conceal the fact that, along with every other country, Britain largely slammed its doors shut against those desperate to flee Nazi persecution’.

But in trying to draw distinctions between the Dubs amendment and the Kindertransport, she makes a historical elision, and one which completely explodes her argument.

“Neither the Syrian civil war, brutal and unspeakable as it is, nor any other current conflict can be compared to the Holocaust.

That was the attempt to exterminate the entire Jewish people, along with the mass murder of other groups. Unlike today, there were no refugee camps from where to pluck these victims to provide them with a better life. They were simply deprived of life altogether.”

But as she ought really to know, the Kindertransport operated from November 1938 (after Kristallnacht) to September 1939 at the outbreak of the war.

The Holocaust, by which we mean the deliberate and systematic mass murder of Europe’s Jews, is generally accepted to have begun in 1941 and to have continued though to 1945.

In other words, while Nazi persecution of Jews took place from 1933, the German, Austrian and Czech Jewish children who travelled to Britain on the Kindertransport did so before the war, and before ‘the attempt to exterminate the entire Jewish people’.

It’s therefore rather tricksy to imply the Kindertransport was justified because of the Holocaust, when what is evoked by the latter – mass shootings, gas vans, starvation in ghettos, and murder by want, hard labour, torture, bullets and gas chambers in the death camps – was not taking place when Britain took in those children.

The Holocaust could certainly be said to justify the Kindertransport retrospectively, but that doesn’t help us make policy decisions now – or if it does, it surely points to our doing more sooner, rather than as Phillips would have it, doing nothing indefinitely.

By contrast, the war in Syria was raging for five years before the Dubs amendment was even proposed. What has happened to Syrian children in that time?

The Syrian Observatory for Human Rights estimates at least 16,000 children have been killed in the war as of December 2016. Of the five million Syrian refugees and six million displaced inside Syria, around half are children. Many young Syrians have never known anything other than this horrific war.

Syrian children have been shot, bombed, tortured to death in prisons, and murdered with chemical gas. All of this has been covered by Phillips’s colleagues at The Times.

Yet up she pops to complain about people using the Holocaust as an ’emotional bludgeon’ to support this policy or that, while at the same time invoking the Holocaust to relegate the suffering of Syrian children!

(And just on those cushy refugee camps: does Phillips not know about the Yarmouk camp in southern Damascus, where 18,000 Palestinian and other refugees were attacked by ISIS and then barrel-bombed by Assad in 2015?)

Syria was the second most common country of origin for lone minors applying for asylum in Europe in 2015 after Afghanistan.

If Melanie Phillips thinks we should have done more to help Jewish refugee children 80 years ago, but doesn’t like the Dubs amendment, why doesn’t she use her platform in the Times to propose another way to help Syrian children?

Or would any effort – indeed, any desire – to help those children ‘display an inability to make vital moral distinctions’?

See: Why is the government backtracking on child refugees?