The new president is a threat to equality 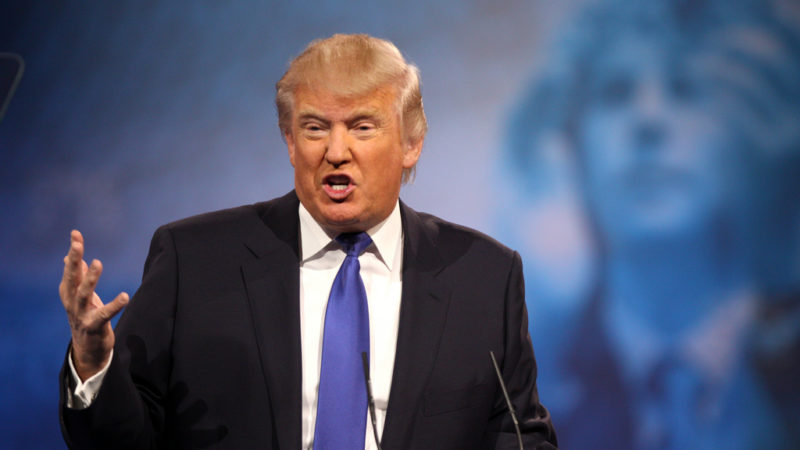 This Friday, Donald Trump will be sworn in as President of the United States on the back of one of the most divisive campaigns in memory.

The following day, women in Washington DC, Belfast, Edinburgh, London and cities across the globe will mark the first day of a Trump Presidency by taking to the streets.

As Catherine Mayer put it to the Women’s Equality Party conference in November:

Trump’s election will reach all of us, wherever we live, because America is not just the world’s largest economy, but its largest exporter of ideas.

In the lives of women, of people of colour, of LGBT+ communities and people with disabilities, the rising tide of intolerance and division that has lifted the Trump administration to the White House creates very real fear. It’s little surprise that defunding Planned Parenthood has been established as a clear priority for Trump’s male-dominated executive team: as these tides rise, women’s rights are often the first to be rolled back.

Donald Trump’s conduct and his policies have placed gender equality under fresh threat. When that videotape showing the President-elect boasting about his record of sexual harassment and assault was broadcast in communities across the globe, it challenged women’s basic right to live free from violence. When those comments were dismissed as ‘locker room talk’, it legitimised these attitudes in the highest office in the Western world.

But sexism and misogyny rarely travel alone, as Trump’s campaign has perfectly illustrated:  among the most terrifying indicators of what a Trump administration has is store has come from the appointment of Steve Bannon as White House chief strategist.

Bannon’s writing as Executive Chairman of alt-right publication Breitbart News includes titles such as ‘Would you rather your child had Feminism or Cancer?’.

His misogyny is eclipsed only by his reputation for holding white nationalist and anti-semitic views. Those individuals whose identity lies at the intersections of these prejudices will be left most vulnerable when this administration comes into power.

In the UK, these same threats cannot be ignored. An EU referendum campaign that scapegoated migrants and fuelled divisions has been followed by a sustained soar in rates of hate crime. After decades of work from women’s organisations, rights to autonomy over our own bodies are under sustained threat.

UK women are still forced to travel hundreds of miles to access safe and legal abortion, and across Europe new political agendas are seeking to roll back these rights where they exist, and block reform where they don’t.

At least 46 anti-abortion bills are due in front of state legislatures in the US in 2017. In the background, universal freedoms are under fresh threat as Theresa May renews her commitment to bring the UK out of the European Convention of Human Rights.

The Women’s March on London is bringing together people of all genders to stand against hatred and to reclaim politics. As the heat of the campaign trail fades and the outcome of the ballot becomes a reality, democracy does not stop.

Trump’s inauguration of president of the United States of America marks a choice: acceptance of racism and misogyny as the new status quo; or the first day of action for a future that brings greater equality.

Learn more about the Women’s March on London which, on 21 January, will stand against intolerance and division and protect fundamental rights and freedoms.

5 Responses to “Women in London are marching against Trump. Here’s why”